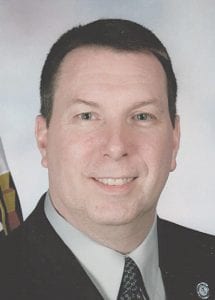 “As a resident of Flint, I know the kind of professional law enforcement our community needs and deserves from its officers,” Hart said. “When elected Genesee County Sheriff, I will work tirelessly to bring fairness to Genesee County while engaging the community in the department’s work like never before.”

Hart, who served as a Michigan State Police lieutenant and had a stellar reputation as commander of the Flint post, plans to run on his record of integrity and commitment to the people he serves. When elected Genesee County Sheriff, he will implement policies focused on key issues, such as operating the sheriff’s department in an ethical and transparent manner, engaging with members of the community, ensuring dangerous criminals stay off the streets and keeping guns out of the hands of children.

“I will ensure that the Genesee County Sheriff’s Department operates in a manner consistent with the standards our residents deserve from their elected officials, and will always be accountable to them,” Hart said. “I will do everything in my power to make sure we use our resources to better serve our community.”