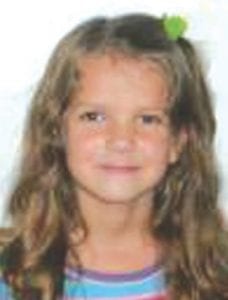 This past June, she noticed a tremor in her hand. By August, she had been diagnosed with an inoperable gradefour Glioblastoma (brain tumor). The size of a walnut, it has already invaded her thalmus and exerts pressure on her entire brain.

According to her grandparents Pam and Terry McColl, Sabrina’s radiation treatment began three weeks ago.

Sabrina is part of a clinical trial that measures the effectiveness of three different types of medication in conjunction with radiation. Patients were required to participate before the medications were dispensed, and for Sabrina, some of the severest possible side effects include memory loss and retardation.

More common ones include nausea, vomiting, and headaches. If symptoms worsen, steroids will be added to her regimen to counteract swelling. An MRI will be taken sometime during the seventh or eighth week to measure success.