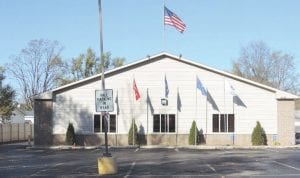 Men are now welcome to join the Auxiliary (formerly Ladies Auxiliary) at the VFW Hall on Corunna Road.

FLINT TWP. — At its 102nd National Convention held in Pittsburgh, Pennsylvania, convention delegates of the Veterans of Foreign Wars of the United States voted to allow males to join the Ladies Auxiliary.

It will now be called the VFW Auxiliary.

“It’s an exciting time to be a member of the Auxiliary,” said National President Francisca Guilford, in a press release.

“Women comprise nearly twenty percent of our nation’s military, and this change allows all spouses, fathers, grandfathers, sons, grandsons and brothers to serve others in honor of their veteran.”

“It not only expands the eligibility of the organization’s members, it provides us a wonderful opportunity to serve more veterans and promote patriotism in communities across our great nation.”

Founded in 1914, is the former VFW Ladies Auxiliary was a support organization regarded as the VFW “Partner in Service.”

Under its former name, auxiliary membership was offered exclusively to female spouses and family members of any member of the Veterans of Foreign Wars.

The gender-specific eligibility requirement remained for more than 100 years until July 20 of this year.

Membership eligibility is now open to male and female relatives of someone who served in overseas combat.

Nationwide the VFW Auxiliary currently has nearly 4,000 chapters with 450,000 members. Its members volunteer millions of hours and fundraise millions of dollars for charitable projects that benefit veterans, military service personnel and their families.

Through its Nation Programs, the auxiliary assists the VFW in helping to pass or block legislation that impacts veterans and their families. They also conduct patriotic programs for students and offer youth scholarships.

To learn more about the VFW Auxiliary, visit its web site at www.vfwauxiliary.org. — Rhonda Sanders