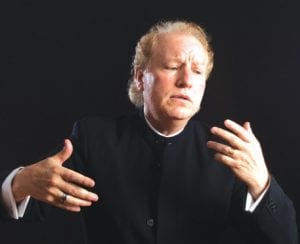 FLINT — The Flint Symphony Orchestra’s 2012-13 season comes to a stunning conclusion April 13 at 8 p.m. at The Whiting.

The FSO will join forces with the Flint Festival Chorus, directed by Wendy Bloom, and the Vanguard Voices, directed by Kevin Dewey, to present Ralph Vaughn Williams’ Symphony No. 1, A Sea Symphony.

The piece will also feature guest artists Sally Dibblee, soprano, and Mark Rucker, baritone. Maestro Diemecke will be at the helm of this magnificent work, leading a total of 230 performers.

The program opens with selections from Giuseppe Verdi’s triumphant opera, Aida, that was commissioned for the opening of the Suez Canal. Composed in 1870, the opera tells the woeful tale of forbidden love between Radamés, captain of the Egyptian King’s army, and, Aida, an Ethiopian slave.

The remainder of the evening is given to the fantastic and evocative symphony by Ralph Vaughn Williams, A Sea Symphony. The English composer set Walt Whitman’s famous Leaves of Grass to extraordinary music that swathes listeners in billowing melodies. — G.G.