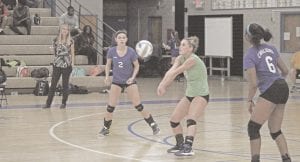 Carman-Ainsworth is now 2-3 in league play and hosts Clio at 7 p.m. tonight.