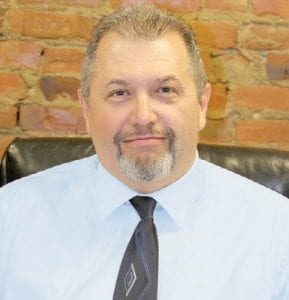 When I came to the View Newspapers and Davison Index in the summer 2008, I had a mugshot taken which I’ve used until this week for my column.

In the past month I’ve had a number of comments from readers and friends who told me I am starting to look nothing like my photo, so I decided maybe it was time for a new one.

It’s hard to believe in less than three years I have aged that much, but I guess I have. My hair is not as dark now as it was when I came here and even my beard has gotten more white.

The first comment I had was from a reader who called to complain that my column is too often sad and to tell me I should seek help for my “depression.”

I should have responded by saying “ma’am, if your hair had nearly turned white in less than three years, you’d be depressed too,” but I remained as diplomatic as I could. She also pointed out I look very angry or intimidating in my photograph.

I have to apologize for that, I don’t smile a lot in photos. It’s not because of depression, however, its because I have a gap between my front teeth. Not as bad as David Letterman’s, but its big and it’s hereditary. Thanks, dad! I can also thank the old man for the gray hair. Fortunately I didn’t go gray in my 30s like he did, but I’m not far behind.

Another reader stopped in to the office to grab a copy of the paper and when she saw me she said, “Oh, you’re that guy in the paper. I read your column every week.” I smiled and told her “Thank you, I hope you enjoy it.” She responded that yes, she does enjoy the column — but she said I didn’t look like my picture.

“Your hair is lighter,” she said.

Yes, that “lightness” would be all the gray hair I have. Thankfully we don’t take the picture from behind, or my growing bald spot would also show.

Perhaps when it gets big enough I can draw a face on it with a Sharpy and a picture of that can serve as my column mug?

I’ll just make sure to draw on a smiley face so I don’t look depressed.

I was taking pictures at an event recently and was stopped by someone who asked if I was Gary Gould from the newspaper. I said I was, hoping I hadn’t written something to upset the kind lady. She smiled and told me my photo didn’t do me justice, to which I breathed a sigh of relief and said “Thank you.” I should have stopped there, but I had to go on to tell her I had been told by other readers I looked older in person.

With a shrug of her shoulders she added, “Well, your hair isn’t as dark as in the photo.”

So there you have it — the saga of why I changed my photo. Hopefully this one will last another three years, or until my hair falls out, whichever comes first.