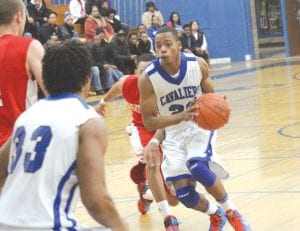 LAPEER — The Carman- Ainsworth boys’ basketball team entered district No. 9-A at Lapeer West as favorites, at full strength. After receiving a first round bye, the Cavaliers matched up with Swartz Creek for a rematch of an exciting overtime game the teams had toward the end of the regular season won by the Cavs.

Last Wednesday, Carman-Ainsworth star Denzel Watts was sick and did not attend the minimum of three hours of school to be eligible to play in the game. The Cavaliers had to try and defeat a Dragons team they beat by one-point with Watts, without him.

Swartz Creek extended its lead with a 19-14 edge in the third quarter. Carman-Ainsworth outscored the Dragons, 26-20, in the fourth but it was too little, too late as they fell, 63- 55. 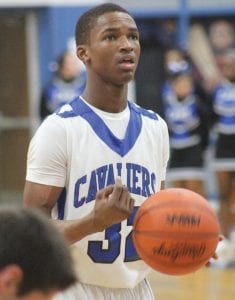 Justice Green scored 18 for the Cavs in the playoffs against Swartz Creek.

Swartz Creek was led by Max Cummings with 23 points and four boards, JD Tisdale came through with 14 points, 13 rebounds and eight assists and Shawn Brouwer and Cal Henry combined for 20 points and 10 rebounds.

The Dragons moved on to face Lapeer West in the district finals, where the host Panthers won, 61-57, to capture its first ever Class A district title.

The Panthers moved on to the regional semifinals where they defeated previously undefeated Grand Blanc, 65-43. The Bobcats were missing three key players. West moved on to face defending Class A state champions Sagianw yesterday at Davison for the regional crown.