We all have a stake in ‘Flint Town’ 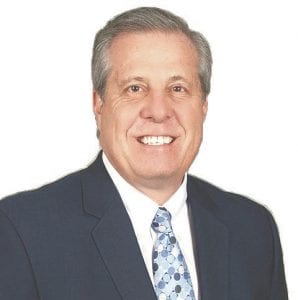 Netflix’s eight-part docu-drama “Flint Town,” which focuses on the challenges of the Flint Police Department, is the latest installment in the rather tiresome narrative about Flint’s decline. Not surprisingly, the series also juxtaposes the state of Flint today versus the Flint of yesterday throughout much of the broadcast.

But “Flint Town” – told largely from a single point of view – is not Flint’s only story. Nor is it Flint’s story alone. In fact, with Flint being the urban core of Genesee County, it is a Flint & Genesee story.

While challenges remain, there’s also a story of recovery and resilience and revitalization that’s occurring across this community. It’s happening in Flint’s downtown, along the Flint River and in its schools and the universities located within the city’s borders. And, yes, it’s also happening within the neighborhoods, too.

Still, you may feel that “Flint Town” has little or nothing to do with the rest of Genesee County. Or worse, you may be apt to pat yourselves on the back for maintaining a physical and/or psychological distance from the urban center of our region.

Such thinking would be not only unfortunate but misguided. Flint will serve either as a millstone or a magnet for all of Flint & Genesee. This point was reflected recently in the comments by Phil Shaltz, president of Shaltz Automation, when he explained what prompted he and several other area businessmen to begin investing in downtown Flint.

In an article in AND magazine, Shaltz said he worried about young people, including his own children, leaving the Flint & Genesee for greener pastures elsewhere.

Today at the Flint & Genesee Chamber of Commerce’s annual meeting, we will showcase several more of Flint’s magnetic qualities, as we recap the accomplishments of the past year. The highlights include news about Lear Corp.’s decision to build a $29-million manufacturing facility on a portion of the former Buick City property. Lear will employ about 600 workers there when it reaches full production. Over at the former Delphi Flint East complex, a national private commercial real estate firm headquartered in Milwaukee is redeveloping part of that site to recruit new tenants. Meanwhile, Mott Community College is expanding its Culinary Arts program to a 36,000-square-foot building in downtown Flint.

These investments, along with existing amenities, such as the world-renown HAP Crim Festival of Races and Back to the Bricks that attract thousands of participants and visitors annually, are central to Flint’s story, too. And that has real value for Flint & Genesee as whole, both in terms of dollars and our sense of place.

Consider, for example, decisions by CNXMotion and Laird to build new research and development facilities in Grand Blanc Township. Their proximity to Flint would likely be a consideration for staff recruitment and retention.

The aphorism “a rising tide lifts all boats” still applies. So, whether you are a Flint resident or a resident of one of Genesee County’s neighboring municipalities, Flint Town is our town. Its story and its future belongs to us all who live and work in Flint & Genesee.