Welcome to the new vernacular 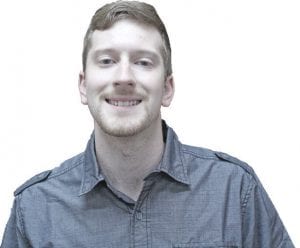 Every year, the English language continues to expand with a slew of new words and phrases. In September 2018, the Merriam-Webster Dictionary added over 840 entries, ranging from abbreviated forms of casual speech to slang derived from digital technology, food, sports and just about any subject imaginable.

It’s easy to adopt new words and verbiage, particularly when they’re floating around social media and the web. Just have a casual conversation with your millennial kids and relatives, and you’re sure to hear some of the terms that we’ve coined into popularity over the past decade or so.

While I’ve come to adopt a lot of the new words into my own vocabulary, there’s always a few I find annoying. Whatever the case, here’s some of the most popular slang and phrasing that has popped up in recent years, and my thoughts on them:

If you love to kick back and watch a bunch of episodes from your favorite show in one sitting, you’ve just engaged in binge-watching. According to Merriam-Webster, binge-watching is a transitive verb meaning “to watch many or all episodes of (a TV series) in rapid succession.” The rise of Netflix and streaming services has contributed to the relevancy of binge-watching, which allows you to see an entire series from beginning to end without missing a show.

Binge-watching, like binge-eating, can be both extremely self-gratifying…and unhealthy. The term definitely matches the practice. As I’ve experienced, watching six or seven shows in succession can be fun but sometimes gives me a yucky entertainment overload feeling afterward.

This is one term I really can’t stand. The Merriam-Webster definition of adulting essentially means to “behave like an adult, specifically to do the things— often mundane—that an adult is expected to do.” I’ve heard several of my 20-something peers say things like “Adulting is so hard” or “How do I adult?” Basically, they’re saying, “How do I complete tasks that adults do?”

Adulting just sounds so tacky. It’s almost as if we 20-somethings are complaining about having to balance work with everyday tasks and our social lives. Really? Can’t we just refer to our difficult young adult phase as a stage of “maturing?” I like that better.

It’s 2:30 in the afternoon and you’ve missed lunch. There’s a good chance that you’re hangry. That is, hungry and angry that you’ve missed a meal. According to Merriam-Webster, hangry is an adjective that describes “being irritable due to hunger.” Yes, I know what that feeling is like. Sometimes you get so caught up in work or travel that you end up delaying a meal or having to skip it entirely. With each passing second of hunger, you get increasingly cranky…until you finally get to sink your teeth into a candy bar to vanquish the hanger.

By the way, the three categories I mentioned above were arranged in a listicle, which is (drumroll please) “an article consisting of a series of items presented as a list.” I really love writing a listicle because I can arrange ideas and themes in a structured way. Plus, it rhymes with popsicle.

Ah, the ever-changing English language. The next new vernacular shift is always right around the corner.