What a beautiful sight 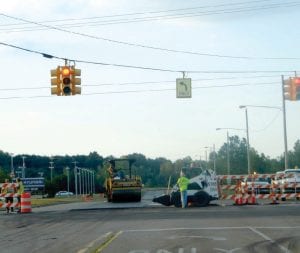 Road resurfacing crews were out working late week on Dutcher Road and lo and behold by Friday, August 5, after four months of detours, the road was reopened to traffic – about two weeks ahead of the previously announced August 19 completion date. It still needs lane restriping though. According to the Road Commission, about 6200 vehicles per day use Dutcher as a connector route between Corunna Road and Genesee Valley Center mall. The road was closed March 31 due to extreme deterioration caused by poor drainage and spring.