FLINT TWP. — Get ready for a rambunctious night (or afternoon) of comedy when The Flint Community Players (FCP) puts on its upcoming performances of “A Couple of White Chicks Sitting Around Talking.”

Based on the play by John Ford Noonan, the comedy follows the evolution of two (and true) kindred spirits, Maude and Hannah Mae. Maude is the stereotypical housewife from Westchester, N.Y., who meets Hannah Mae who hails from West Texas. The two-character production takes place in the suburban New York kitchen of Maude, who is having a tough time dealing with her husband, who is off on a fling with his secretary, and her new, pesky neighbor from Texas. Through their interactions, Maude and Hannah Mae learn and share lessons in life, love and each other. 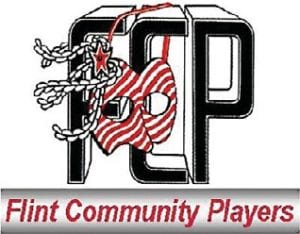 The performances are 8 p.m. Jan. 13-15, along with two special afternoon matinees at 2:30 p.m. on Jan. 15-16. Tickets are $10 each and can be purchased by phoning The Whiting Ticket Center at 810-237-7333 from noon-6 p.m. Monday-Friday. Tickets also can be purchased at FCP beginning 90 minutes prior to each performance. There is no reserved seating for this production; just general admission.

All performances of “A Couple of White Chicks Sitting Around Talking” are held at the FCP Rehearsal Hall, 2462 S. Ballenger Hwy., just south of Miller Road and behind K-Mart. Details: Call FCP at 810-235-6963 or email fcptheatre@aol.com.