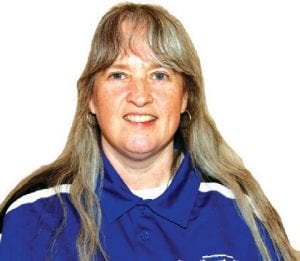 It’s been a little bit of a trying week for many of us who lost power after Sunday’s storms blew through the area. Were you prepared?

Some of my co-workers said their lights flickered, but for me and a few others, the lights and power went out instantly with no warning; pitch black and eerily quiet. And it stayed that way for the better part of 23 hours. I consider myself fortunate because others I know did not have power restored until Wednesday and even Saturday.

Our outage, just like everyone’s, reminded us that we maybe were not as prepared as we had thought. Drats. Should have refilled the horses’ water tanks Sunday when they said high winds were part of the impending storm. But, you never think you are going to be affected. We dealt with it. We dug out the flash lights and candles, added wood to the woodburning stove, put a kettle and pot of water on that and prepared to wait out the darkness. Food became an issue for most on Monday, and we simply went into town and carried out.

Under other circumstances in past winters when the entire area lost power, we just fired up the barbecue, but the biting, cold wind put that plan on the back burner this time. Had the power not come back on Tuesday, we were fully prepared to use the barbecue as our heat source for food. Keep that in the back of your mind next time you lose power. Soups, hot water, hot dogs and Mac and Cheese for the kids, burgers, eggs and hash browns can all be made on the grill. If you look at the outage as a challenge rather than an emergency, it makes life easier for everyone, and, a little easier to take for everyone. Full stomachs always make life’s challenges easier to take. With a wet and snowy winter predicted, keep the old barbecue on the back of your mental list when the power goes out again. It’s a lifesaver!

I also had a tree come down on the power lines in the driveway, a long farm drive, but luckily, we have a secondary farm-equipment driveway that this time of year at least, was usable, although a little muddy. Otherwise, we would have been stuck on the property. That would not have floored me for a couple of days. Oh, gosh darn. Trapped on the property, a nice toasty fire, blankets and snacks…what’s to complain about there? Oh, and no power to the computer? Even better.

The horses could have had to drink water dipped out of the pond, but that’s also not a tragedy. The water tanks weren’t empty, just running on the low side. I did wake up to a wide-open pasture gate, but thankfully the horses had spent the night inside. Others, who rely on hot wire to keep their horses and cattle within the confines, may have had a tough morning. Livestock can sense when that wire is off and often will take full advantage to check out the greener grass on the other side of the fences. Saw several others on the way to work that had sections of fence shattered by downed trees.

Monday afternoon the generator was fired up after concern about the freezers began to weigh too heavily on the mind. It’s been said that if you don’t open the doors, you can go two or three days without having to worry about spoilage. People can also go a day or two without a shower, most just don’t want to. Having to show up at work with a hat on ones bed head isn’t usually a first choice. Bottled water lets everyone brush their teeth and the generator prevented bathroom concerns. Extra blankets on the beds and a few good magazines to read by candlelight helped everyone pass the time comfortably for the most part.

And, then, just as when the power went off, the angels sang as the lone lamp left on to indicate when the power came back on cast a warm glow down the hallway. Ta da! Life as we know it back to normal. Although, it was kind of nice having forced quiet time.