When a challenge goes too far 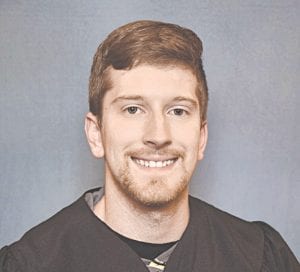 I f you have a teenage son or daughter, chances are you know a thing or two about internet challenges. That is, online dares that encourage kids and teens to engage in something silly and/or dangerous and post video proof of their acts to social media.

Over the years, dozens of viral “challenges” have made their rounds on YouTube, Instagram and Facebook. They range from quirky stunts to downright lifethreatening dares…packaged and targeted to young, impressionable audiences whose frontal lobes are still not fully developed.

First off, you have the ever-popular eating challenges, like swallowing a spoonful of ground cinnamon in under 60 seconds without drinking anything (the Cinnamon Challenge). As expected, ingesting a spoonful of cinnamon usually causes gagging or vomiting, but it can also lead to breathing difficulties and even pneumonia.

On a more idiotic scale, some teens have attempted the infamous Tide Pod Challenge, which involves biting into small colorful packets filled with laundry detergent. Others have taken on the Fire Challenge by lathering themselves with flammable liquids and then lighting themselves on fire before jumping into a pool or in the shower.

And that’s just a short list of nonsensical challenges. Viral dares have included everything from driving while blindfolded to “burning” one’s own skin with a combination of salt and ice.

In many cases, teens who’ve taken on the more dangerous internet-based challenges have wound up in the hospital with serious injuries, such as chemical poisoning with the Tide Pod Challenge and fourth-degree burns with the Fire Challenge.

Back when I was a teenager, I did my share of goofy and stupid things with my friends. Sure, we would snap each other with rubber bands or “wax” off our body hair with duct tape. But that was pretty much the extent of our “daring.” We might have lacked common sense, but at least we had some basic degree of selfpreservation; no way were we going to light ourselves on fire or swallow detergent pods just to get social media attention. Teens from every generation gravitate toward taking risks and goading each other into dares; that’s nothing new. But it seems like the influence of social media and the internet has taken “typical” teenage challenges to a different and more dangerous level today—particularly on the self-harm scale. And for kids who crave acceptance and want to claim a sense of achievement, it can be tough to pass up a chance to draw thousands of clicks and video hits by taking part in a trending challenge.

Fortunately, law enforcement and health officials have stepped in to warn about the dangers associated with many of these challenges. YouTube has also responded to public pressure and removed videos related to various dares.

For parents, the rise of internet challenges can present problems, but it can also provide you with an opportunity to teach your kids about being responsible online. Be sure to spend time with your teens and give them the insight and courage they need to avoid taking part in dangerous challenges. Yes, that’s easier said than done, because the teenage mind works in strange ways (I know from personal experience). But it’s worth a shot.