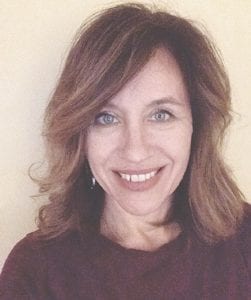 The truth is, I’m glad she died. There, I said them, the four words you’re not supposed to say, not if you’re a decent human being. Certainly not if you’re a daughter saying them about your mom.

These words are true, however, because my mother suffered terribly for many, many years. When she became ill and incapacitated six-and-a-half years ago, my sisters and I believed she wouldn’t survive six months. Six months in a nursing home became six years. It was unconscionable for us, torturous for her.

Bonnie (meaning beautiful and cheerful) lived up to her name until her illness robbed her of her full and sparkly life. The woman who loved to travel and meet new people would no longer leave her room for fear that someone might see her. The woman who loved cheeseburgers and fries had to swallow them pureed. The woman who loved wigs and makeup and nail polish lost interest in the daily upkeep of what it meant to her to be pretty.

“I look like a witch,” she said to me countless times, and although it was miles from the truth, she could never be persuaded to believe otherwise.

My mother endured “spells” that gripped her nervous system and contorted her lovely face, sometimes for hours. She said they were painful, and they were devastating to watch as they consumed both her features and her attention.

She battled both hallucinations and visions, sometimes terrifying ones. Others, however, were not so scary. In the final weeks of her life, for instance, she believed I could walk on both water and air, and she talked to me as if I were an Olympiad. “Oh, Eileen, aren’t you afraid of the airplanes?” she would ask, and I would assure her that I wasn’t as high in the sky as it looked from the ground.

“Why do you let her believe that?” my sister Susie asked. I shrugged. “It doesn’t hurt anything,” I said. “And it seems to make her happy.” One look around her sad, shared room would tell you that happiness and awe were worth finding, even if they had to be imagined.

So many of us believe in heaven. We believe that our bodies are mere harbors for our souls, which move on to better places when we die. And yet, when death comes, we often become angry. Indignant. Of Christians in particular, I’m fond of saying, “We say we can’t wait to get to heaven, but we fight like hell when it’s finally time to go there.”

I don’t think anyone really knows what’s next for us after this life, regardless of the scriptures and books that suggest otherwise. I’m not so sure about streets of gold (Aren’t they blinding?) or heavenly mansions (Don’t they sound lonely?) Also, I really hope we don’t have to sing all day long. I don’t particularly enjoy singing and prefer instead to dance.

All that aside, I do believe in God’s grace and mercy. I believe we have the opportunity to one day meet our Creator face-to-face. Perhaps we’ll talk about what we did during the few years we spent here on earth. Or maybe even those things will be covered and washed away by love.

What I do know is this: our time is limited and none of us is getting out of this gig alive. The best we can do is love one another and do what we can to make life better for those around us, especially for the Bonnies of the world who can no longer live up to the meanings of their names. As we do, we must cling to our faith, hold onto hope, and refuse to live in fear.

Eileen Button teaches Communication at Mott Community College. She can be reached at button.eileen@gmail.com.