When exactly does life get easier? 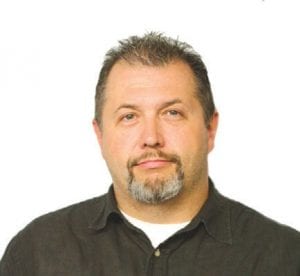 Children, for the most part, have got it good. Granted that is not true of every child, but for the norm they have it good. No bills, no difficult decisions, no relationship issues — they just eat, sleep, play and go to school.

As children, we don’t recognize this. When we get older, out of high school and college, and get into the real world we look back and say, “I wish I was still a kid.”

As you get older you hold onto this hope that some day it’s going to get easier, but it never really does.

Let’s be honest, grown-ups have issues.

Our issues should just be about money, or getting ahead at work, or putting food on the table for you and your family and a roof over your heads.

But no, as we get older it seems like all the issues we dealt with growing up return and magnify into this thing we today call “drama.”

Many of you know what I’m talking about. I think there’s more drama out there for single people than married folks, not to say it doesn’t exist. But I honestly think the world of single people — particularly those who have been through divorce — is chaotic, often asinine and sometimes downright depressing.

We bring along a ton of baggage when we’ve been through divorce. I’ll be the first to admit it’s true. Again, not everyone falls into this trap, but many do.

Grown-up drama reminds me of high school — only magnified to adult proportions.

A jealous disagreement over a girl in high school might have ended up in a fistfight and a trip to the principal’s office. When grown-ups argue over a boyfriend or girlfriend it ends in a barroom brawl with the police showing up.

Can’t we all just get along? With relationships in general it seems harder as we grow older.

We are, in many respects, damaged by our past experiences and mistakes. It becomes harder to trust. It’s hard to give someone a chance to get to know you better because you are afraid of getting hurt again. It is nearly impossible not to expect the same behavior from your current partner as you experienced with those in the past.

We all want to learn from our mistakes, but I think for many people it just makes them gunshy. And that’s unfortunate because no matter how hard it is to put yourself out there sometimes, you have to take that leap if you ever hope to find happiness.

Single-life at middle age is rough. It’s hard to sort through present issues when you have a lifetime of experiences behind you that have shaped and turned you into who you are today.

Still, I like to think there’s always hope. As for life getting easier, well, I’ve come to the conclusion it probably never will but somewhere along the way there’s got to be a bright spot.