When young adult kids come home for the holidays 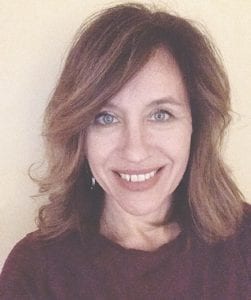 When I was younger and having children, I had a very specific picture in my mind of what my grown family would look and feel like during the holidays. Admittedly, my vision was very Norman Rockwell-ish, including happy faces around an overflowing table, maybe with a little more yelling.

Now that my kids are young adults, we’re not that far removed from that initial vision, especially when it comes to the yelling. There are, however, some surprises that I’ve discovered along the way as my children have grown. And since I’m all about sharing unsolicited advice, here are a few things I’m learning that might help parents just like me.

I was shocked the first time my kids were officially “coming home from the holidays” and I found myself furiously CLEANING FOR THEM! Even as I washed the sheets, fluffed the pillows and vacuumed bedrooms they hadn’t occupied in several months, I wondered who had given my messy self a lobotomy. Basically, I wanted my kids to come home to a house they had never really known: a clean one. I thought I might create a space they’d want to come home to again and again. I’m not saying it worked, but my sudden urge to clean surprised the heck out of me.

Parents who put demands on their kids’ time and energy when they come home have forgotten what it was like to be young and caught in the in-between places. Much of the time, your kids might be antsy, acting like home is both the best and worst place in the world. Don’t take it personally. They’re simply caught in the collision of who they once were and who they are becoming. They might alternate between wanting to see their old friends and being terrified by the mere thought of seeing someone with whom they went to high school. If you’re confused by this, simply close your eyes and conjure up an image of your 20-year-old self banging into her old boyfriend in the tampon aisle at Kroger, and you’ll understand.

Listen, there’s nothing magical about having the holidays at a specific date or time. The holidays can happen whenever and wherever family gathers. Realize that significant others will join you one year and be replaced by a new significant others the next. Invite them all to the table (just not all at once). Do your best to love who your kids love when they love them, and let go of those they set free. This is called growing up; the younger generations call this “adulting.” (As a word nerd, I love the way they’ve turned a noun into a verb. Growing up, after all, is hard to do.)

Let go. Just know this: it will never be enough. The time for enough disappeared with the braces, the middle school angst and the high school crushes. Having young adult children home means that they will fly away much too soon again. As tempting as it will be to hold tightly, you must refuse to capture them like caged birds. They need space to come and go and figure out how to adult right alongside you.

Oh, it will be bumpy, trust me. After all, they’re still your kids, and if their childhoods have taught them anything it was how to push your buttons. Just remember that, as a parent of adult children, you’re new too. Everyone, including you, will need a good dose of grace. You’ll need your own space to figure out what that means. And when you do, you’ll all be better for it.

Eileen Button teaches Communication at Mott Community College. She can be reached at button.eileen@gmail.com.