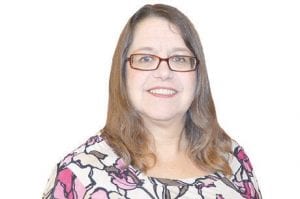 Author and inspirational speaker John C. Maxwell states, “Leaders become great not because of their power, but because of their ability to empower others.” In my humble opinion, having covered multiple boards and councils, including the Goodrich Area Schools Board of Education, since 2012, I can say in all honesty, that Goodrich school board has a long way to go.

Parents have come out to the last two board meetings in support of teachers, specifically at the high school, who feel they are living daily under the threat of discipline and termination from Superintendent Michelle Imbrunone, the district’s fourth superintendent since 2009.

Parents spoke on behalf of teachers expressing concerns regarding transparency — unreturned phone calls and emails; and they believe Imbrunone has replaced many long-term and valuable employees from Goodrich by hiring friends from her former district.

Embattled teachers — most of whom are too afraid to speak out for fear of losing their jobs and livelihood, were in attendance but only one had the courage to speak. Kevin Ayre commented about Imbrunone’s “interrogation style” meetings which leave teachers in tears. The crowd, many of whom had to stand due to lack of seating, met Ayre’s comments with a rousing standing ovation.

A former staff member stated many teachers have left the district, and claimed that those losses, as well as declining teacher morale, specifically at the high school, can be laid directly on Imbrunone’s plate.

The wife of another teacher relayed a story of her husband’s fear of being one minute late for work, despite a 12- year outstanding career. Response to these incidents from Board President David Cramer and Vice President Linda Jackson implied they see no reason to change — in fact, after last month’s complaints, their responses were that “no formal complaints have been filed.”

Frankly, running with the status quo these days is not a valid response to criticism. Yes there are great things going on in Goodrich’s schools, and not all staff members have issues with the superintendent. This however, doesn’t mean that there isn’t room for improvement.

Just because things are good for the many, doesn’t mean the few should be forgotten or considered unimportant. Sometimes the littlest embers are just predictors of the blaze to follow. Parents in the district know they have the power to hold school leaders accountable, and the “R” word — Recall — was mentioned by more than one parent who expressed concerns.

Some parents are calling for a recall on four to five school board members who they feel are being led around by the nose by Imbrunone. The district isn’t helping themselves by not providing transparency, and refusing to acknowledge or act on accusations of cronyism, bullying of teachers and staff, and other issues.

When you cover a half dozen or more board meetings for more a month, it is easy to see when things aren’t quite right or when transparency is an issue. From where I’m standing there seems to be a lot of smoke in Goodrich right now, and a board standing around denying there could be a fire. pschmidt@mihomepaper.com