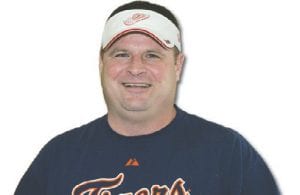 The Detroit Lions decided to show up and play some football this preseason! It was an absolute whitewashing that the Lions administered to the mighty New England Patriots, 40-9.

Believe it or not, it could have been much worse. New England turned it over four times in the first half and Detroit really didn’t capitalize on it at all. I was really critical of the Lions last week after what I thought were two pitiful preseason performances. I give the coaching staff and the players credit, as they came to play last Thursday night. The offense started clicking and moving the football and scoring some points. The defense applied pressure all night long on Tom Brady and the Patriots’ offense.

I was surprised, quite honestly, to see Mr. Brady even playing in the football game with his knee injury. I will say this, if Detroit can play defense like that all season long, it will be a nice season in Motown for the “Liedowns.”

How about the fact that Ford Field was a sellout for a preseason game? Detroit Lions fans really do support their football team. This next game the final preseason game of 2013 is an absolutely meaningless affair. It will take place in Buffalo on Thursday night against the Buffalo Bills. I can’t wait for it to be over with and bring on the regular season and the home opener against the Minnesota Vikings. These four preseason games are two preseason games too many! Let’s play some real football games that count! I am ready; are you?

The Michigan State Spartans open up on Friday night in East Lansing. The Western Michigan Broncos will be the opponent. Game time under the lights starts at 8 p.m. Who will be under center for the Spartans, is the question. Can Andrew Maxwell hold on to his starting spot? The last I heard, it was a four-way battle for the starting quarterback spot. I believe a few quarterbacks will see action in this contest. The Spartans are favored by four touchdowns, but Western will be looking to pull off the huge upset. I don’t see that happening. MSU rolls in this contest. Sparty On!!

Wolverines kick off their season at 3:30 p.m. in the Big House on Saturday afternoon. The Central Michigan Chippewas will be the opponent for the Wolverines. The Wolverines are a solid 31.5-point favorite. The Wolverines, unlike the Spartans, know who their quarterback will be. Devin Gardner will take over for the departed Denard Robinson. Gardner should be just fine under center guiding the Wolverines. I think he will be an upgrade over Denard Robinson, actually. He is a better passer and yet can still elude the rush and run. Michigan rolls in this contest and CMU fans will not have much to cheer about on Saturday. Let’s all just enjoy the fact football is back and hopefully all the Michigan schools have great seasons.

The Detroit Tigers went into New York and swept the no-hitting New York Mets. The three-game sweep of the Mets improved the Tigers’ inter-league record to 12-5 on the season. The Tigers sure do play well against the National League teams. Ummm… except last year’s World Series against the San Francisco Giants. The Tigers have a solid sixgame lead over the Cleveland Indians. Guess who rolls into Motown this weekend? Yepper, the Cleveland Indians do. The Tigers can put away the Indians for good with a three-game sweep. The Tigs will settle for two out of three, I am positive of that. A question is looming come playoff time. Game one starter Max or J.V.? I say Max!!

Have a nice weekend and enjoy the college football whoever you root for!