Why you’ve got to love the spring 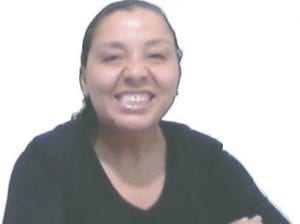 Many people are familiar with seasonal affective disorder, a kind of depression that occurs in the winter that lifts in spring or summer. But, did you know that besides a more exhilarated mood, you may experience better sleep, weight loss, more energy and a better sex drive in the spring compared to the winter?

Our main source of vitamin D is sunlight. Vitamin D is involved in serotonin production, which is important for our sleep-wake cycles. Lower vitamin D levels have also been associated with greater daytime drowsiness. Also, gentle rainfall provides a calming, white noise effect at night.

With better rest, we’re feeling better and have more energy to do other things. It’s no wonder so many people get an almost instant energy boost to do spring cleaning!

Also, animals and people have less desire to overeat in the spring. This is especially interesting to me, as a “pet person.”

A group of English and French researchers studied the feeding habits of 38 cats fed free choice. The researchers found that the cats ate the most during the months of January, February, October, November, and December, and less March through August.

In the spring, we are also less likely to crave sugars and starches that provide the extra needed instant heat boost we needed in the winter. If we trade these foods for more fruits and vegetables, we may notice we are shedding even more pounds more rapidly.

For ages, people have associated springtime with love.

When spring comes, you start seeing more young men and women flirting with each other outdoors.

Springtime can also be associated with sex.

That makes sense. In the spring, we’re surrounded by pheromones and pollen. We’re animals, too. You know?

What about those gloomy, rainy spring days? Some of the things I like to do on these types of days are talk to friends on the phone I haven’t talked to in a while, cuddle with my dog, take a long shower or bath or play uplifting music.

You could also plan a spring vacation if you’re really feeling under the weather.

I also like to watch sitcoms or animated shows on rainy days. “The Cleveland Show” used to be my favorite show. But, I gave up shows like that and “Family Guy” when I saw an episode “Family Guy” in which God was depicted as going to bars doing “magic” to pick up women. Instead, I enjoy “Barbie: Life in the Dreamhouse” and recently “Elena of Avalor.”

Once you start doing your favorite things, you will find rainy days can be your best days.

So, cheers to spring, and remember what Shakespeare said “think not of the sky as spotted with clouds, but partly sunny.” tterry@mihomepaper.com