Will Ohio State beat up another mitten state team? 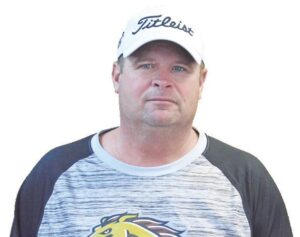 I want to start by saying I am writing this article on Sunday afternoon following a Lions’ loss to Cleveland as expected. The reason is due to Gobbler Day on Thursday, which causes early deadlines.

The Lions put up a pretty decent road effort against the Cleveland Browns on Sunday. The Lions lost 13-10 as they just came up short dropping to 0-9-1 on the season.

The Lions will look for their first win on Turkey Day against the Chicago Bears as kickoff is set for 12:30 p.m.

I bet the entire NFL football world is anxiously awaiting this NFL contest! The Detroit Lions are terrible and the Chicago Bears are not much better, honestly.

I doubt Jared Goff plays for the Lions on Thursday, however, I am not sure it matters. Jared Goff is not a very good NFL quarterback, in my opinion. I didn’t like him when he was in college at Cal. Do I think the Lions can win on Thursday? I absolutely think they can, because the Chicago Bears also stink. I am taking a fat leap to the buffet table and saying the Lions win on Thanksgiving, making all Lions fans’ turkey taste just a little bit better.

My main thought is, just don’t embarrass yourselves like usual and get blown out by a bad Bears football team. The Fat Guy prediction: Lions Stuff Bears 23 and Bears Need To Hibernate 20.

The other two NFL games will be Vegas at Dallas at 4:30 p.m. and Buffalo at New Orleans at 8:20 p.m. to complete the Thanksgiving Day NFL day of football.

The college football playoff rankings will come out on Tuesday night. My thoughts are the rankings will look like this: Georgia will be No. 1, Ohio State No. 2 , Alabama No. 3 and Cincinnati at No. 4. The Michigan Wolverines will sit at the No. 5 spot in the rankings. The rankings mean absolutely nothing because Michigan will play Ohio State and one team will be eliminated.

The Alabama Crimson Tide will play Georgia in the SEC Championship game, which could eliminate Alabama. I do think if Georgia loses a close game they will remain in the playoffs. I will not rule out Cincinnati losing a football game yet either. I will tell you, they could lose to East Carolina or Houston in the title game. It always seems like the last two weeks create quite a bit of tears and fears for fans and their football teams.

The Ohio State Buckeyes wasted no time in ripping up the Michigan State defense.

The Ohio State quarterback C.J. Stroud was 32-35 for 432 yards and six touchdowns. A piece of bread toasted for 20 minutes would be less burnt then the MSU secondary. The score was an astounding 49-0 at halftime, if you can believe that! The Buckeyes scored so many times they had to repaint the white lines in the end zone at halftime. It was an embarrassing performance by Michigan State. If the saying is “Tuck Comin,” at halftime the saying should have been “Tuck Leaving” for East Lansing.

The Spartans did exceeded expectations on the football field in 2021. The college football experts predicted MSU to win only three games this year. I surely hope MSU handles business and beats Penn State on Saturday. The kickoff is set for 3:30 p.m. in East Lansing. The Fat Guy prediction: Sparty Bounces Back 20 and Nit Wit Lions 17.

The “GAME” for Ohio State and Michigan kicks off at high noon Saturday. The stakes are a chance for the college football playoff trip. The dominance of Ohio State over Michigan has reached epic proportions. The last time Michigan defeated Ohio State was 2011. The Buckeyes will be a touchdown favorite in Ann Arbor at the Big House. The Wolverines will need to play a near perfect game to defeat this high-powered offensive Buckeye team. The defense will need to slow down the offense and specifically the Buckeye passing game. The Wolverines will need to run the football effectively to maintain clock control and win time of possession. The Fat Guy prediction: The Yucks 38 and Losing Streak Intact 31.