Will the true news story stand up 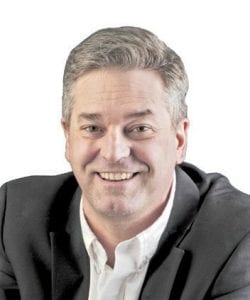 The Washington Post recently interviewed a guy named Paul Horner, one of the top purveyors of the fake news stories that clot Facebook these days.

The paper asked Horner why people bite on his stuff. His answer ought to scare the heck out of you: “Honestly, people are definitely dumber. They just keep passing stuff around. Nobody fact-checks anything anymore — I mean, that’s how Trump got elected. He just said whatever he wanted, and people believed everything, and when the things he said turned out not to be true, people didn’t care because they’d already accepted it. It’s real scary. I’ve never seen anything like it.”

Me either, although I disagree that people who post his stories on their Facebook pages are “dumb.” Very few people, in my experience, are truly dumb. It’s likelier they ingest news hoaxes like “Obama plans to overturn election results” or “Trump is a descendant of cannibals” because they reinforce existing beliefs and prejudices. In other words, people believe nonsense because they want to believe nonsense, and they share fake news because, well, nonsense loves company.

But maybe I’m wrong. Maybe more people than I like to think possible can’t tell the difference between real and fake news. If you suspect that’s you, I’ve created the following test.

Ready? Let’s begin. Which of the following headlines is real?

B. Obama Took $2.6B from Veterans for Syrian Refugees

C. RuPaul Claims Trump Touched Him Inappropriately in the 1990s

Ha, fooled ya. The correct answer is D, all of the above. They’re all real headlines that you may have seen on your Facebook feed during the election. But none of the stories is true. Of course. You knew that, right? Let’s try again: Which of these headlines is fake:

A. Pence: ‘Michele Obama is the Most Vulgar First Lady We’ve Ever Had’

B. WikiLeaks Confirms Hillary Sold Weapons to ISIS … Then Drops Another BOMBSHELL!

Answer: Gotcha again. None of the headlines is fake, according to a post-election story about fake news), in that they actually appeared online. The stories beneath them, however, are pants-onfire baloney.

Let’s try one more — this time with no tricks. Only two of the following are real fake news headlines that people — like a virus — shared during the presidential election (which is important, by the way, because, according to a 2016 Pew survey, 44 percent of Americans read or watch news on Facebook). Which one is the imposter:

A. $375,000 Deposited To The Khan Law Account From the Clinton Foundation

C. I Married Bigfoot … the Father of My Child!

The answer is C, of course, but not because it’s a fake headline. It’s not. It’s real. But it didn’t appear during the election. It appeared on the cover of the Feb. 7, 1995, edition of the Weekly World News, which was the gold standard of fake news back then, in that it had the best and juiciest fake headlines of all the supermarket tabloids.

I loved the Weekly World News because it was so wonderfully silly.

Back then, fake news had the decency to be patently, absurdly and entertainingly full of crap. Not so these days. These days fake news is about serious stuff and it can have serious consequences.