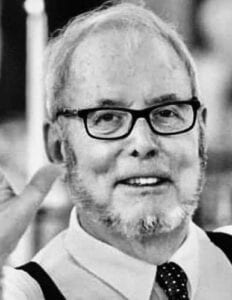 WILLIAM PRIEST, 87, of Davison, MI, passed away Thursday, December 31, 2020 at Ascension Genesys Hospital. A private ceremony, with Military Honors, will be held Sunday, January 10, 2021 at Allen Funeral Home, 9136 Davison Road, Davison, MI 48423. Bill will be laid to rest in Great Lakes National Cemetery on Monday, January 11, 2021. In lieu of flowers, memorial contributions may be made to Davison VFW Post 4087 or St. Jude Children’s Research Hospital, in Bill’s memory.

William “Bill” was born in Flint, MI on September 26, 1933 to the late Harold and Nora Priest (Cornell). Bill graduated from Otisville High School and went on to serve his country proudly in the United States Army from 1954- 1956 where he was honorably discharged receiving the Good Conduct Medal and the National Defense Service Medal. On September 1, 1956, Bill married the love of his life, Patricia “Pat” Covert in Genesee, MI. Soon Bill and Pat welcomed two daughters, Julie Bea and Angie Sue, both of whom became the apples of his eye.

Bill spent over 25 years working for A/C Sparkplug in Flint, MI until his retirement in 1995. He adored his family and friends above all, and he was affectionately known as “Gramps” to his grandkids that he loved so unconditionally. Bill, a lifelong Detroit Tigers fan, spent 40+ winters in Lakeland, Florida with his beloved Pat where they sat countless afternoons in the stands during spring training. He would often catch the Tigers regular season games from the comfort of his favorite chair in front of his big screen TV, echoes of Wheel of Fortune were also commonplace in the evenings. Bill loved more than anything to attend his grandchildren’s and great-grandchildren’s events, often tucking a ball cap in his jacket in the event one of them scored a “hat-trick” at the ice rink. Gramps found joy in the simple things in life; he was never too far away from a fine slice a pie or something for the sweet tooth. He enjoyed hosting back yard cookouts, throwing the occasional horseshoe, and most of all he cherished a good game of euchre. Bill lived a full life and touched the hearts of many with his quick wit and love of a friendly conversation. With the last name Priest, he often touted himself as a self-proclaimed man of the cloth and would like to express the following sentiment: “Bless you for reading”.