The Bachelor’s Wine – an Epilogue 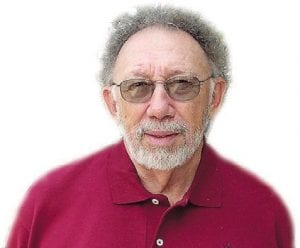 Those of you who watch the popular ABC reality(?) series ‘The Bachelor’ know that Bachelor Ben, in the final episode a couple of weeks ago, proposed to Courtney, dubbed by the media as the girl American loves to hate. The show had been filmed months ago and has been appearing weekly so that Bachelor Ben got to see what had been taking place in all those moments when he was dating one of the 25 beauties from which he was to select his bride. And a lot was taking place. It seems that beautiful, sexy, and skinny-dipping model, Courtney, was a bit of a vixen; deceitful, mean, nasty and lots of other descriptors, none of which Bachelor Ben had any clue.

Well, while the series was running, an abashed and embarrassed Ben broke off the engagement, took back the huge diamond he had offered on bended knee and waited for the end to come. And that it did, in a special live hour show immediately after the amazing final episode when he chose Courtney over the beautiful, sophisticated equestrian, Lindzi. There on live TV he was seeing Courtney for the first time in months and after apologies from both about their behavior, Ben, still smitten, gave Courtney the ring again and they vowed to work out their difficulties. I guess you could call that the Epilogue; the story would continue to Evolve!

What those of you who did not watch the story evolve on TV probably don’t know it that Ben, in real life, is a winemaker. Hence, our interest in the story here. Ben is a partner with his two childhood buddies in a new winery in Sonoma named Evolve. Ben Flanjik (pronounced Flannick), Mike Benzinger, Jr. whom he met in the 6th grade, and Danny Fay who had moved from England with his family and met Ben and Mike in the 7th grade started their winery in 2008 piece-meal with lots of elbow grease and long hours. All this came after to got back together after having gone separate ways to college; Ben off to the University of Arizona to study music but on the side he became passionate about microbrewing and winemaking, Mike off to White Plains, NY to play basketball while pursuing degrees in Business and History, and Danny ultimately ending up with a MbA from the Bordeaux Ecole de Management in France while backpacking and camping through 50 different wine regions all over the world.

Their wines have hit the market in the past year and with considerable acclaim. They have focused on small-production organic and the top biodynamic vineyards in their region to produce a line of wines under the Envolve label

(they just changed the name to Envolve from Evolve, why I not sure) that include an award winning

Sauvignon. They are in the $25-30 price range and have now made it to

Michigan. I had tried to get some while the program was running but at that time Michigan was one of the states where they were unavailable. Then just last week, there on local TV news was

Ben introducing his line of wines to Michigan with a tasting and label signing. I was surprised, called my local wine purveyor and found out that those few bottles that had made it to Michigan were already sold out. But, Ben and his buddies have also introduced a second label called

Epilogue and a few bottles of that were still available. So shown here is the Epilogue

2010 North Coast Chardonnay, in the $15 range, that is described as “offering up delicate notes of citrus, ripe Anjou pears and warm baked apples, with hints of vanilla and measured oak.”

Oxford Wine & Beverage and even that is very limited in quantity. So, if you just have to have some of the Bachelor’s wine, call Dean at 248-236-9881 and reserve a bottle. There will probably be more the Bachelor’s wines available in the future as the distributor restocks, or you can go on-lin2e to the Envolve Winery and ordered their wines shipped directly from the winery, although shipping is expensive. Anyway, we’ve now had an Epilogue to the story and we’ll have to watch to see it Evolve – will Ben and Courtney make it? Or, will it end as most of the other Bachelor/ Bachelorette romances – down the drain? What will it Envolve? Stay posted.

Dave Ethridge is a nationally known wine writer, certified wine judge and the

Director of the Lapeer Chapter of Tasters