Double-gold Medal and only five bucks 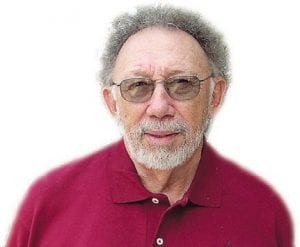 I t happens once in a while — a wine comes along that wows the wine judges at a competition and it walks off with the big prize. Just a few years ago it was a Charles Shaw Cabernet Sauvignon that sold for $2 at Traders Joes markets across the country. It became so famous that it was nicknamed ‘Two-buck Chuck’. I bought cases of it, but by the next year it wasn’t so good and it hasn’t won any medals since. But what a sensation it was that year. To get the top prize, a Double Gold Medal, at a wine competition is very difficult. At the Tasters Guild International Wine Competition to get a Double Gold the wine must first be unanimously awarded a gold medal by all the judges on a tasting panel; then it goes on to a second judging panel and, once again, it must be awarded gold medal unanimously. Very few wines make it through this challenging process.

Then there is a problem that many wine judges seem to pre-judge a wine because it is a low price category, thinking that ‘if it’s that cheap it can’t really be very good’. And, truthfully, having sat on many of these judging panels that’s often the case. The wines in the inexpensive categories often are less that exciting, some downright flawed; so few get gold medals and very rarely does one go on to capture the big prize, a Double Gold. But when it does happen and the judges pull to brown-bag off the bottle to reveal the label you often hear expressions like ‘Amazing’, Can’t believe it’, I’ll be darned’.

Well, it happened again this year. Barefoot Cellars Sauvignon Blanc won a Double Gold Medal. It’s an amazing achievement but not surprising once you get past the huge quantity production, humble almost humorous labeling, and general disregard for super-market discount wines. Barefoot Sauvignon Blanc is an elegant wine, with aromas of honeydew melon and nectarines, flavors of pear and lime, and a soft smoky finish that pairs up beautifully with chicken, fish, white sauce pasta, vegetable dishes and mild cheeses. It works well as a aperitif or with light summer evening dinners. Just as the wine judges were amazed by this inexpensive Sauvignon Blanc, you will be delighted with this warm weather white wine, well-chilled as you enjoy a summer evening.

But even more surprising to our distinguished judges, just a few minutes later, another Barefoot Cellars wine won a second Double Gold. This time is was their

Moscato, a lush, fruity white wine with flavors of juicy peach and ripe apricot with just a hint of citrus. This is a much sweeter wine but it still has a crisp fruity finish and goes well with fruit and mild cheeses, or just for summer afternoon sipping on the patio.

And Barefoot Cellars was not done winning awards.

After getting two Double Gold medals, Barefoot went on to win Gold Medals for Dry Riesling, Zinfandel, and

Chardonnay. Quite a haul. But that raises a question — how do they do it? Well, they’ve been working at for a long time. Barefoot started out in the garage of wine maker Davis Bynum in 1965. By 1986, Michael Houlihan and Bonnie Harvey picked up this sleepy little production and gave it a push. That’s Bonnie’s foot print you see on the label; they were looking for a wine that didn’t take itself too seriously and they continued to operate out of their home for years. Then in 1995 winemaker Jennifer Wall joined the crew and there’s been no stopping them since. In 2005 the huge Gallo wine empire joined forces and the partnership has flourished. Jennifer’s insistence on top quality fruit, exacting winery procedures and high quality is the reason for these inexpensive, mass produced wines being of such quality. Barefoot Cellar wines are available in most wine retail locations, priced at $5-7 dollars.

So, this summer, so as their motto says, ‘Get Barefoot and have a great time!’

Dave Ethridge, is a nationally known wine writer, certified wine judge and the director of the Lapeer Chapter of Tasters