The confusing world of Beaujolais 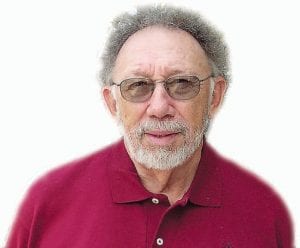 Beaujolais is a small area in southeastern France near the Rhone river valley and the city of Lyon. Noted for its fine food and light, fruity wine, Beaujolais is often neglected in being mentioned as one of the great wine regions of France; but with its quaint communes, lovely old inns, gourmet restaurants and friendly people it ranks high with those who have visited. But understanding the wines is a bit confusing.

First of all there’s the annual Beaujolais Nouveau. That’s the wine that comes out every year in mid- November, vintage that same year. The 2012’s will be coming in soon having been harvested in September, quickly fermented, bottled and shipped off to welcoming partiers for the annual festivities. Beaujolais is a short lived wine, meant to be consumed immediately, fruity and vibrant, living a fast life and ‘over-the-hill’ by spring. Rule of thumb, drink before Easter or throw it out!

Regular bottles of Beaujolais, which often have no more information on the label than that single word, are the standard fare of the region. There are about 50,000 acres in the region and some 100 little communes (tiny villages some with only 10-20 population); and a bottle of Beaujolais can come from anywhere in the region but must be made from the Gamay grape variety. About half of all the wine produced in the region bears this appellation. It, too, is a fruity, vibrant wine but has a bit more staying power, usually a year or two. Some labeled Beaujolais Supérieur merely designates that the grapes were picked a bit later, with higher sugar content and producing a slightly higher alcohol level. These may last a bit longer, but I wouldn’t recommend buying them if over 3 years old.

The next level of quality in Beaujolais is the group labeled Beaujolais-Villages. These account for about 25% of the total production and must come from the hillier, northern part of the region. They are generally a blend of the wines of several of the small communes in this region, still made from the Gamay grape, but considered to be of higher quality. They are a bit more serious, the choice of knowledgeable wine-lovers, and benefit from a couple years of aging. While the regular bottling of Beaujolais are considered ‘picnic’ wines, those labeled Beaujolais-Villages move into the finer dining category and are perfect with ham, pasta, and Thanksgiving turkey.

When the wine comes from a single village, is considered to be ultra-good and quite distinctive, these Cru Beaujolais can earn their own appellation, the name of the village. There are 10 of these, specifically: St-Amour,

Vent, Fleurie, Chiroubles, Morgon, Regnié, Brouilly, and Côte de Brouilly. Each of these is a fine wine, but here’s the confusing part. Most often the name Beaujolais is nowhere on the label. You just have to know that a wine with any of these names is a Beaujolais, made from the Gamay grape variety and comes from the single village name on the label. The Brouilly featured here is typical. Nowhere, even in the fine print, does the word Beaujolais exist; but it states “Appellation Brouilly Contrôlée” specifying that is came from that village. The wines from these 10 designated villages are outstanding wines.

Some can even age up to 10 years but

I generally think 5 years is about right, while they still contain a vibrant fruitiness.

Obviously, price increases with the rising level of quality. Beaujolais Nouveau is generally $10-12; standard Beaujolais $12-14; Beaujolais-Villages about $14-16 and one of the Cru Beaujolais in the $20 range. So, when you’re browsing through the French wine section of your favorite wine shop and you come across the wines described here, hopefully we will have cleared up a bit of the confusion. They are fascinating wines and are good values for the price.

Dave Ethridge is a nationally known wine writer, certified wine judge, and the Director of the Lapeer Chapter of Tasters Guild International.