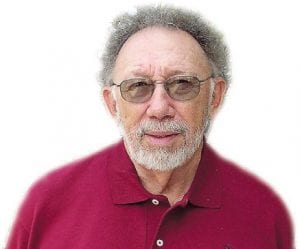 I t was in 1855 that Napoleon III ordered that the wines of Bordeaux by classified by quality for the forthcoming International Exposition in Paris. The dignitaries appointed to the panel came up with a five-tiered system based largely on the retail pricing of the sixty leading châteaux. That classification has remained virtually unchanged to this day, only two changes have been permitted — Château Cantemerle had been inadvertently omitted in the first publishing and was added to the fifth tier in 1856, and Château Mouton-Rothschild was elevated from the second tier to the first tier in 1973. Some feel that other changes need to be made; some properties no longer exist and others have been merged, but to date no further changes are contemplated.

One of those changes that most feel need to be made is for Château Palmer. It was classified in the third tier (Third Growth) but many assert that it is more properly a Second Growth due to its long term insistence on top quality and current price listings. Whatever its classification, it is classic Bordeaux. 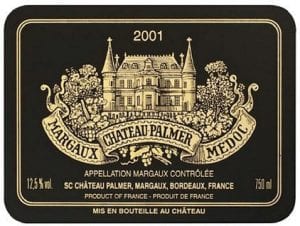 The history of Château Palmer is fascinating. As a prime vineyard property it goes back for centuries. In 1814, Major General Charles Palmer, on the staff of the Duke of Wellington’s army, met the charming Madame Marie de Gascq. General Palmer was well-known as quite the ‘lady’s man’ and through their relationship he purchased the property which ultimately became Château Palmer. He put a great deal of time, money and effort into upgrading the vineyards but was also noted for living the ‘fast life’ in London and was forced to sell in 1844. The Periere brothers, wealthy bankers, purchased the property and further upgraded the vineyards, built the magnificent turreted mansion in 1856 and became worldrenown for outstanding Bordeaux. Their descendants suffered losses in

World War I and a series of poor vintages; and they, too, were ultimately forced to sell. A group of four families purchased Château Palmer in 1938 and two of those families retain it to today. One of those families is the Sichel family which also owns or operates several other prime Bordeaux properties.

The 2001 Château Palmer, shown here, is perfect for consumption today, but will continue to age gracefully for years to come. It is a deep, ruby red, displays the aromas of ripe red fruit and blackberries on the nose, with hints of wood, spice, violets and mocha. The tannins are subtle in nature providing for a balanced and mellow finish. It is a classic vintage representative of its breeding and supreme elegance. And, it was my great honor to be able to share a bottle of this magnificent wine with James Sichel on his recent visit to our area. Jim is one of four brothers who manage Château Palmer along with their other vineyards and their stewardship bodes well for the continuing stature of Château Palmer.

Along with all the other classified growths of Bordeaux, Château Palmer is expensive. The 2001 retails for $210 a bottle.

Other vintages vary in price upwards to that most recent vintage available, the 2009 at $490 a bottle. So this is not your everyday drink but one for a very special occasion such as the evening I shared with James Sichel and heard stories of the wonderful Château. But Christmas is coming and I can think of no grander gift than one of these magnificent wines. It would certainly be something I would treasure. You won’t find them on the shelves of most wine merchants, they would have to be ordered, but your wine shop can do so, just tell them they are available through Woodberry Wine Company of Troy.

— Dave Ethridge is a nationally known wine writer, certified wine judge and the director of the Lapeer Chapter of Tasters Guild International.