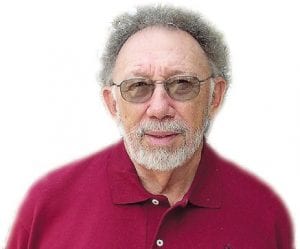 I n Austria its known as Blaufränkisch, in Germany and Washington State it is called Lemberger, but in the mid 1990s after touring Austria and Germany, winemaker Jed Steele found that neither grape variety name appealed to his customers. The Austrian name reminded people of the often bitter red German wines and a name like Lemberger, that stinky cheese, just didn’t seem right for a lovely mild and flavorful red wine. So, he coined the title Blue Franc, an easy derivative of the old Austrian name — and it worked. His Blue Franc which uniquely used the French currency of a blue franc note for its label became very popular in Washington State.

Meanwhile, here in Michigan, a prominent neurosurgeon in Grand Rapids was looking for a new adventure and purchased a classic old fruit farm in the Leelanau Peninsula. Dr. Joseph O’Donnell enlisted the aid of a friend from Michigan State University, Dr. Stan Howell, professor of horticulture, to advise him on grape production and wines. He also got sage advice from another good friend, Larry Mawby who makes stellar sparkling wines nearby. And, so, Shady Lane Cellars got its start. By 2000, they were looking for a fulltime winemaker and that’s when Adam Satchwell appeared on the scene. Adam had been an opportunistic kid when he lied about his age, just 17, so he could go to work in a wine shop in Kalamazoo. That lead to treks to California where he hooked up with his uncle, Jed Steele, who at the time was the chief winemaker for Kendall- Jackson whose fame he helped build with their marvelous Chardonnay.

Later, Jed went on to establish his own lines of wines and Adam returned to Michigan to ultimately become the winemaker at Shady Lane. So, as the story goes, when Adam decided to try the Lemberger grape variety here in Michigan and it turned out to be very productive, he asked his uncle if he could use the ‘Blue Franc’ name on the wine, his uncle said ‘Sure’. And that’s how we got a new red wine in Michigan named Blue Franc. Those two wineries are the only ones who produce a wine named Blue Franc but there are others particularly in Washington State that still use the Lemberger name.

Franc is a delightful red wine; clean and crisp with hints of blueberries and blackberries, touches of spice and pepper, and traces of cinnamon and almond. The tannins are quite soft so in many respects this wine is much like other popular soft red wines like

Valpolicella; easy to enjoy. Great ruby red color and medium body, this is a wine for many occasions and can be enjoyed with appetizers, cheese, barbecue and picnics. But it holds up well with heartier fare such as grilled lamb or beef. Adam says it’s particularly well suited to those Middle-Eastern spices on grilled lamb chops.

Just this past August, at the Michigan Wine and Spirits Competition in East Lansing, the Shady Lane Cellars Blue Franc not only won a gold medal but went on to capture the Best of Class Dry Red Wine award. In previous years, the award has gone to a few

Cabernet Francs and a couple of Pinot Noirs but this is a first win for our newest and most exciting red wine in Michigan, a Blue Franc, though Adam reminds us on the back label that the wine is 100 percent Lemberger and known in Austria as Blaufränkisch.

By whatever name it is known, we welcome it as one more proof that good red wine can be produced in Michigan contrary to old-held popular belief. The wine is available, of course, at the winery and is distributed throughout the state by Woodberry Wines of Troy. It is priced in the $25-30 range. Be among the first to enjoy this exciting new Michigan red. Dave Ethridge is a nationally known wine writer, certified wine judge, and the director of the Lapeer Chapter of Tasters Guild International.