Winter teams get their chance at new opponents 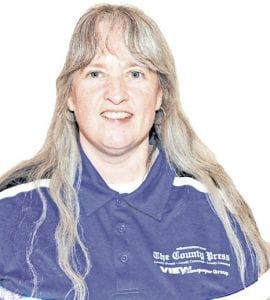 Winter teams gets their chance at new opponents We’ve officially closed the books on the fall high school sports season. Monday, and especially Tuesday, boys’ and girls’ basketball begins full tilt. Boys’ teams will start before the girls’ squads this season because of a conflict at the Breslin Center at Michigan State with collegiate playoffs. Some teams are going to buck that change and start their girls’ programs at the same time, so if you are a high school basketball junkie, get out your foam No. 1 finger and bleacher chair and punch in at the door. Nonetheless, once playoff time comes, the boys’ teams will begin their run to the Breslin Center first and the girls’ teams will once again play at Calvin College, a smaller, more intimate venue.

I heard from some teams that like that venue and others who want to return to the Breslin Center. My cousin, who played high school ball several decades ago scowled and said, “no way would I be OK with that,” when I explained that change to her last year around the Thanksgiving table. To each his or her own, I suppose. I’m excited to see if any of our local teams can advance that far and see for themselves if they like the quieter, more intimate setting.

If you weren’t following the volleyball or football season, you missed a lot of league changes. Let me hit the refresh button for everyone who may not be aware. Lapeer had its umpteenth iteration of the Saginaw Valley League and welcomes in Grand Blanc this year. That’s going to provide for some nail-biters, as our preseason information from Grand Blanc shows them ranked in Class A on the boys’ side. We don’t yet have details on the girls’ side, but also know that the Bobcats have a strong boys’ ice hockey team and bowlers. The wrestling team has been in a rebuilding phase over the past couple of years, so that could also be a new hurdle for the Lightning on the mats.

Goodrich will continue its final season in the Genesee Area Conference-Red before joining the Flint Metro League next year. With the former GAC-Red schools now competing in the Mid- Michigan Activities Conference, the Red is down to just four schools, reminiscent of when the Big 9 was down to four schools.

The Blue Water Area Conference has Capac exit for the Greater Thumb Conference-East and North Branch filled that open slot. North Branch girls won their first district title since 2008 last season and the boys’ squad matched that feat making it the first time in school history both teams won a district title in the same year. Don’t think for one minute that the two teams will want to relinquish that coveted trophy.

Capac is in uncharted waters in the GTC-East and will have to face always tough Brown City and Marlette close to home and the rugged schools of Harbor Beach, Sandusky, Ubly and Memphis on the road. While there are a lot questions to be answered for the Chiefs, they are excited for a new league. Time will tell how well suited Capac is for its new conference.

Hockey has taken another hit this year with the state reporting that more than 17 programs have been lost due to lack of players. The co-ops have saved many a team locally, including the stout Alliance that fields players from Goodrich, LakeVille, Almont, Imlay City and North Branch. Rival KBH (Kearsley, Brandon, Holly) which added Linden-Lake Fenton last year and reinvented itself as United, is off the ice this time around. That’s a shame for those kids.

New co-ops will give teams something to think about with the Thumb Legion now in the mix. Hockey is an expensive sport and we understand fully why the schools need to join forces to give the kids that want to play high school hockey an avenue to do just that. We still miss the standalone programs and don’t like seeing any of them unable to skate because of lack of kids.

It’s far from the same old, same old this winter. New rivalries, old rivalries that are new again and a whole lot of unknowns will give everyone a reason to come out and fill up the stands to watch this year’s group of high school kids see how they match up. Winter season is a bear, largely because of the length of schedule and mean Old Man Winter, who can play havoc with the schedules.

One final reminder? Please. Be the parent that does not chirp at the officials all game. Set a new standard of respect and decency for them and your kids.