Wolverines do huge favor for Spartans in Big Ten 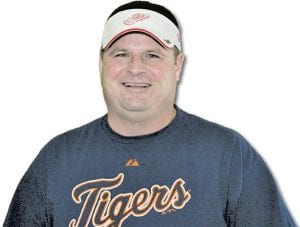 The Big Ten basketball season is close to reaching its conclusion. The Michigan Wolverines beat the Ohio State Buckeyes Sunday afternoon at Crisler Arena. Who was extremely happy with that result other than the Wolverines? The Michigan State Spartans basketball team and its fans.

The Ohio State loss left the Spartans all alone in first place with a 14-2 record. They hold a one-game lead over Purdue and Ohio State, who both sit at 13-3. Northwestern had the Spartans on the ropes, at one point by 27 points. The Spartans rallied to win in the second half in what can be described as one of the greatest comebacks I have seen in years. The Spartans are stone cold locks to win the Big Ten with two games left. They had Illinois at home Tuesday night and Sunday on the road at Wisconsin. I feel as though this has been a tough season on the Spartans basketball team and coach Izzo with all the Larry Nassar and other allegations at the university in the last two months. The talent is there for a Final Four run here in March. I will be shocked if they don’t make the Final Four, actually.

The Big Ten also will have Michigan, Ohio State, and Purdue in the NCAA Tournament. I think Michigan can go deep in the tournament, too, if it can hit the three ball with some consistency. I think that Penn State and Nebraska are both bubble teams and will need to win a couple of Big Ten tournament games to get in. The Madness of March lurks around the corner and I can’t wait. I still like Villanova to win the whole thing for now.

The Olympics have grabbed my attention this past week. I have enjoyed watching the hockey — men and women. The skiing has been awesome, too, and those guys doing the skeleton are crazy with the speeds they reach. The winter Olympics are fun and an interesting watch. The women’s hockey gold will go to either Canada or the USA. The first meeting this Olympics was a 2-1 victory for Canada. I watched the whole hockey game and it was really, really good. It would be nice to see the USA bring home the gold.

The Daytona 500 winner was Austin Dillon, who ironically was driving the No. 3 car. Yes, the No. 3 car, which brought back memories of Dale Earnhardt, who won Daytona in 1998 in the three car. The Dillon victory came 17 years later to the day of Dale Earnhardt’s fatal crash. The most shocking part of Austin Dillion’s win? Austin never had the lead until the final lap! The Super Bowl of racing is over and Austin Dillon takes home the hardware.

No interest in All-Star hoops

The NBA All-Star game was played on Sunday and I can honestly say I never watched one dribble of the game. I hate all All-Star games, except baseball. The baseball All-Star game is played like it is, true to the regular season and playoffs. The best pitchers against the best hitters and I like that. If the pitchers ever start throwing lollipops to the hitters for home runs I’ll quit watching it. The new format for the basketball had Lebron James and Stephen Curry pick the teams. Whoope! The LeBron team defeated Stephen’s team 148-145. The Pistons’ representative, Andre Drummond, was 7-of-7 from the field and had one block. I wish he could do that for the Pistons on a nightly basis.

The smell of baseball will be in the air in Arizona and Florida with Spring Training getting underway. The thought of the Detroit Tigers losing 90-100 baseball games in 2018 is a bitter pill to swallow. The next few summers at Comerica Park will be Debbie Downers, as the losses pile up week after week. I will be curious to see how many fans come out to support what will basically be a minor-league baseball team with Miggy being the only true stud on the team.

The Tigers were contenders for much of the past decade and it’s a shame now that Pizza Pizza man has passed on, because the Tigers will be basement occupants. I have zero faith in the Pizza Man’s kids to make the Tigers competitive. Let’s also toss in that Al Avila is a horrible general manager and it equals a long summer. thefatguy@mihomepaper.