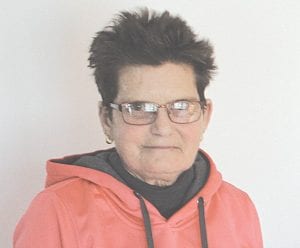 DAVISON TWP. — Life changed overnight for Deb Gustafson when she received a kidney transplant thanks to the donation made by a friend.

Gustafson, 64, has lived more than two years without either kidney, both of which were removed in 2016. She was diagnosed in 2004 with chronic pyelonephritis, associated with nephrocalisis and with bilateral cysts medullary sponge disease.

Two years ago doctors removed her diseased kidneys and she has since been on dialysis at clinic and now, almost daily, at home.

But all that changed, Aug. 6, when a friend donated a kidney to Gustafson and changed her life for the better.

“It was hard to believe it was going to happen,” said Gustafson. “I was scheduled for the transplant Aug. 15 but they decided to do it the sixth. It was unbelievable. Everything is working fine. I tell my friend now we’re ‘kidney sisters’.”

She said living without kidneys requires almost daily dialysis sessions. She had a home dialysis machine after her kidneys were removed and spent four nights a week, for 3-4 hours a night using the machine she called “Clyde.”

Gustafson said she figured if she was going to spend so much time with a machine – it had to have a name. But now, fortunately, Clyde is retired and Gustafson’s new kidney is doing all the work.

She said she has recovered from the surgery well, as has her donor, and currently she is working on trying to walk.

“Everything has been good,” said Gustafson. “Better than expected. The following Monday, after surgery, I had my first clinic (at Henry Ford Hospital in Detroit). They said they won’t have to see me again until February. I can do all the blood tests here at Hurley.”

Some changes in her life for the past two years she is now living without are drinking restrictions on the amount of fluids she can consume daily. Those restrictions are now gone. Along with that, she said her body is once again able to urinate, so she has been getting used to that feeling again.

“Long practices, changes in my life,” said Gustafson. “They’re gone now. And I’m loving every minute of it.”