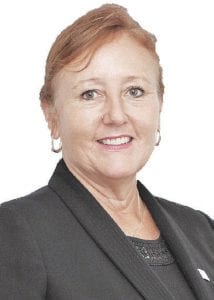 Last month, Lear Corp. hosted a job fair at Mott Community College to begin the hiring process for staffing its new seat manufacturing facility that’s being built in Flint. More than 2,000 showed up in hopes of landing one of the first 435 permanent, fulltime jobs at the facility.

The surprising turnout is a strong indication of the many residents who would like to increase their incomes by getting a new or better job. It is also a sign about the extent of underemployment present in the labor market of the I-69 Thumb Region, which includes Genesee County (along with the counties of Shiawassee, Lapeer, St. Clair, Tuscola, Sanilac and Huron).

‘Underemployment’ refers to people who are working in jobs for which they may be overqualified, such as an individual with an engineering degree working as a pizza delivery person. But it also refers to people working part-time and/ or at low wages without benefits, even if their education or experience could qualify them for a better position. The second example – people working parttime and/or at low wages without benefits – largely defines underemployment in our region. 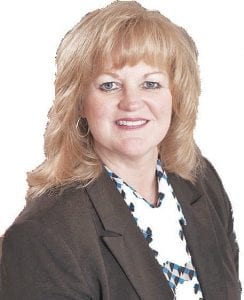 In 2016, more than 154,000 workers in the I-69 Thumb Region earned $21,000 or less. Many of them are considered underemployed, despite their hard work, reliability, dedication, educational attainment and experience. In the previous 12 months, 44.7 percent worked 50-52 weeks and nearly 30 percent worked 26 weeks or less. Moreover, nearly 50 percent are between the ages of 25 and 54.

We are working to address the situation for the benefit of our local employers and workers. Last month, the Flint & Genesee Chamber of Commerce, GST Michigan Works! and the partners of the seven-county I-69 Thumb Region convened area employers, workforce development agencies, education and government partners to devise strategies for improving our labor market in 2018 and beyond. More than 80 participants took part in the half-day meeting at the Lapeer Country Club in Elba Township. We know that part of the solution to reducing underemployment lies in an expanding economy with the creation of more and better jobs. For example, the decline in the size of Flint’s labor market may be a contributing factor to underemployment in Flint, with fewer opportunities available. Overall, there are encouraging signs, as many employers in the region are in a hiring mode, seeking reliable workers with a willingness to learn. At the same time, it’s crucial to address any mismatches that may exist between the skills of workers and needs of employers.

We encourage workers to update their resumes and visit GST Michigan Works!, www.mitalent.org, placement agencies and other sources that could lead to a better job in our region.

As the recent Lear job fair demonstrated, the workforce here is more than willing.

Janice Karcher is the Senior Vice President of Economic Development at the Flint & Genesee Chamber of Commerce. Jody Kerbyson is CEO of GST Michigan Works!