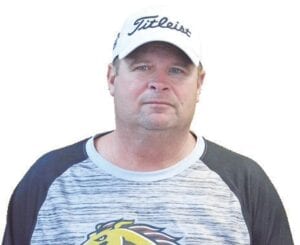 The World Series stands at 3-2 with the L.A. Dodgers holding the series lead over the Tampa Bay Rays.

The series has been very entertaining and worth watching. I think the Dodgers finish off the Rays on Tuesday night and become World Series Champions.

It’s incredible what the Rays have accomplished with such a low payroll. The L.A. Dodgers have one of the highest payrolls in baseball, so I find myself rooting for the Rays just because of the huge payroll difference. However, in the end the Dodgers have more talent on their roster and that is why they will be 2020 World Series winners.

What a tremendous job done by the Tampa Bay Rays baseball organization. The positive is the Tampa Bay hockey team won the Stanley Cup so the city of Tampa has at least one champion in 2020. P.S. I hope the Rays win two straight!

The Big Ten season opened up on Friday and Saturday last weekend. Can anyone still believe Rutgers defeated the Michigan State Spartans? I am in disbelief actually. I predicted MSU to roll to a large victory in this football game! I mean, this Rutgers team is not very good, trust me on that fact. Yes, you can fact check me if you please. I doubt they win another game all season in the Big Ten. 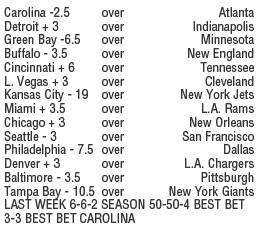 The Mel Tucker era as head coach at Michigan State was a horrible first impression to say the least. How can you turn over the football seven times? The positive is, it can only get better for the Spartans. The Spartans better improve fast as the next opponent is crosstown rival Michigan at the Big House.

The Wolverines totally ran roughshod over the Minnesota Golden Gophers Saturday night. The Wolverines 49-24 winners ran the football for 256 yards and passed for another 225 yards. The Joe Milton era under center was a success in game one.

The Michigan Wolverines have been installed as 25 point favorites over the Spartans by the boys in Vegas. I think it’s over reaction from last week’s results, actually. The kickoff is slated for high noon on FOX television. The fat guy prediction: Big Blue 38 and Sparty No Party 20.

How about the Indiana Hoosiers upset over Penn State on Saturday? The clock management by Penn State head coach Ron Franklin was brutal.

The coach could have taken a knee and ended the game but, no, he decided to score a touchdown. The Hoosiers went down tied the game and won in overtime. How much money are these coaches paid that can’t do math? The reason I bring this up is it leads into the Lions’ victory on Sunday.

Let’s dive into the Lions sweet comeback victory over the Atlanta Falcons. The Lions were toast at the end of this game if not for a gaffe by Atlanta running back Todd Gurley. All Atlanta had to do was kick a chip shot field goal and kneel down inside the five yard line. The Detroit Lions would have never got the football back for their dramatic comeback.

I ask once again, how can this happen? The coaches and players must all be brain dead to allow dumb things like this to happen at the end of games. Hey knuckleheads, it’s called game situation awareness! It’s pretty simple and you all get paid millions to get it right and win football games.

The Lions’ win pulled them to five hundred at 3-3. The drive by Stafford was epic and, as they always say, a win is a win even if it was over the awful Atlanta Falcons.

The Lions will host the Indianapolis Colts on Sunday in what I think is a winnable game for Detroit.

The aging Phillip Rivers is the quarterback for the Colts and he has stunk all year. How nice would it be to have the Lions over the five hundred mark? The playoffs are out of the question, but keep on winning and you never know. The NFL picks are next…I can be reached at thefatyguy@mihomepaper.com