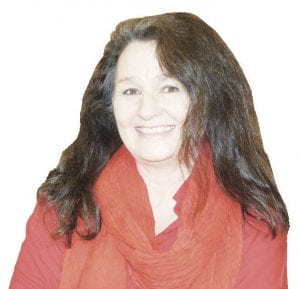 The Old Man (my father-inlaw) was drumming his fingers on the table and sighing. I tried not to take the bait, but the distractions grew louder.

“What’s up, Phil?” I asked, as I packed picnic supplies into the cooler.

“Why do people go on vacation?” he asked.

What kind of question was that? It’s vacation … ‘nuff said.

Have you ever stood in the middle of a ghost town, surrounded by ruins, and just listened to the sad, eerie whistle of the desert wind?

Have you ever been surrounded by a herd of buffalo as they lumbered along, so close that you could stick your hand out the window and feel their coarse fur when they brushed by? Or freaked out because a zebra stuck its head in the car? Or watched a mama bear and three cubs romp in a field of wildflowers?

Have you ever walked in the footsteps of Dr. Martin Luther King, Jr., or George Washington?

Have you ever called room service and ordered everything on the dessert menu? Or traded recipes with an 8th generation maple syrup maker? Or bought boiled peanuts from a leatherskinned old man on the side of the road? Or stumbled across a little mom and pop diner in the middle of nowhere and discovered that the sign reading, “World’s best pies,” wasn’t lying? Or ventured out at midnight in a strange place just to stand in a line a half mile long for a cheesesteak? Or a “fat burger”?

Have you ever heard the roar of ocean waves, or dug your toes into the warm, sugary sand? Or walked across a shallow stream and stood at the top of a waterfall?

Have you ever jumped off the main road just to see what else was out there, and gotten lost on a dusty two-track, or a narrow, winding mountain road?

Have you ever almost died because you read the trail markers wrong and ended up on the side of a big rock with nothing but treetops below you, and felt the hand of God as you crab crawled back up to where you belonged?

Have you ever been in awe of the visions ahead of you? The waves of towering pine trees on the rolling landscape? The layers of distant mountains that fade into the horizon? The vastness and power of the ocean? The harsh beauty of the desert?

Those are some of the things I thought to say, later. But in the moment, all I could think of was, “Because they’ve already seen everything in the house.”

The Old Man responded with a harrumph. “All that money and wear and tear on the car,” he grumbled.

Your life can be a canvas, or a ledger. You choose. As for me, I’m working on a masterpiece over here and I intend to soak it in vivid color before I sign my name.

For the record, before I left that day, The Old Man put $200 in my hand, “for emergencies.” Mm hmm. More like a ledger entry written in purple crayon.