You ‘auto’ go to the auto show 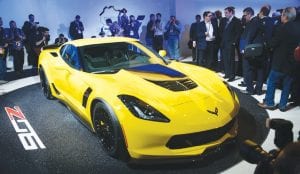 The Chevrolet’s Corvette Z06 was one of the hottest cars introduced at NAIAS 2014.

GENESEE COUNTY — It began over two months ago with a Sharpie and a can of spray paint as show organizers outlined floor space in Detroit’s Cobo Center to prepare for the North American International Auto Show (NAIAS).

That floor space will be covered from end to end with more than 750 vehicles when the annual vehicle extravaganza rolls out to the public Jan. 17-25. But sneak peeks will begin in about two weeks with press, industry and charity preview events that preface the main event.

Like a Back to Bricks in reverse, the NAIAS attracts thousands of people from near and far who want to see the newest things on wheels – all under one roof.

Automakers consistently select this venue to launch new products and expect to unveil 40-50 new products this year during the press preview beginning Jan. 12.

According to a press release, other show highlights include:

-The Gallery on January 10, an ultra-luxury evening featuring over $6 million worth of exotic vehicles. Attendees will enjoy dinner by world-renowned Chef Wolfgang Puck 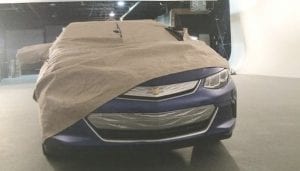 The next generation Chevrolet Volt will be unveiled at the show.

-First ever “Technology Showcase” designed to explore the integration of automotive and high-tech advancements in vehicles, Jan. 12-15

-Industry Preview, a two-day exhibition that brings together 30,000 auto motive analysts, designers, engineers, brand managers and auto enthusiasts from around the world, Jan. 14-15.

-Charity Preview – A historic night of giving on Jan. 16 expected to raise more than $5 million, bringing to $100 million the total raised for children’s charities since the event was established by the Detroit Auto Dealers Association in 1976

The show opens to the public the next day with a smorgasbord of automotive delights.

Besides close-up, hands-on viewing of all the new cars and trucks, visitors can see automotive advanced tech- nology through exhibits in Hall E and discussions with industry experts on the Atrium stage. They will get a glimpse into manufacturing’s future via the world’s first full-size, working 3D-printed car, the Strati — a game-changing vehicle that is the brainchild of Phoenix-based Local Motors.

About 50 new models are waiting to be unveiled in two weeks at the 2015 North American International Auto Show in Detroit.

There will be 11 double-deck exhibits and enough raised flooring square footage to equal more than 85 basketball courts.

New this year will be the official NAIAS Mobile App that will allow attendees to share photos of their favorite vehicles via mobile devices. The free App also will bring Breaking Auto News Alerts and live tweets about show events and products. It includes a virtual map of the showroom floor, and parking and shuttle info.

Those unable to see the show in person can join millions of viewers nationwide by tuning in to NBC Sports “2015 North American International Auto Show Special,” scheduled to air on Saturday, Jan. 25, from 1-2 p.m. The one-hour NAIAS special will feature the most exciting vehicles unveiled at the show, plus the latest technology including autonomous cars. 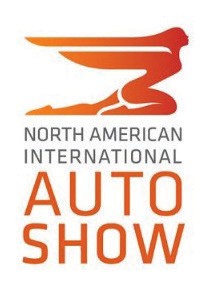 Planning to attend the show? More travel and admission information can be found on the NAIAS web site at www.naias.com.

Tickets are $13 for adults, $7 for seniors age 65 and older, $7 for children ages 7-12 and free for children under six with a parent or guardian.