You hear the darndest things over the scanner 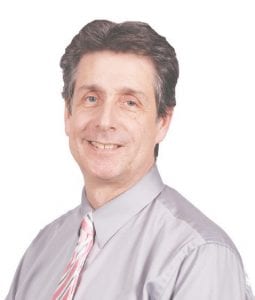 Five feet from my desk is an emergency radio scanner that allows myself and the newsroom at The View Newspapers to hear traffic from Lapeer County Central Dispatch. We rely on the scanner to alert us of structure fires, vehicular accidents, police chases and fights in progress — calls that may result in stories or photos in the next edition of the paper.

Most scanner chatter is serious in nature that results in police, EMS or firefighters being dispatched where the minutes until their arrival can be the difference between life and death for the people involved.

There is, however, radio traffic that gets a laugh from whomever is within earshot of the scanner — and is a reminder that we live in a largely rural and agricultural county with lots of cattle, horses and wildlife. Police in Detroit, Flint, Royal Oak, Sterling Heights or even Lake Orion probably don’t get too many calls of “cows in the road.”

But in Lapeer County it’s a fairly regular occurrence, at least a few times a week. The job of responding officers is to make sure the animals are not a hazard to motorists, and whenever possible to try to identify where they came from and to notify the owners of their strays. Sometimes the animals stepped over a fallen fence, or else a gate was left open to allow the animals their brief freedom.

Recently a resident called Central Dispatch after they looked out a window to observe two cows in their backyard. I’m pretty sure when officers are in the academy there’s not a whole lot of time spent on what to do if they encounter a 2,000- pound cow or horse in the middle of the night on a dark, lonely rural roadway. That sort of thing is left to on-the-job training for the responding officer to figure out.

Over the years I’ve heard calls where a wild turkey or even an owl ran into the windshield or side window of a vehicle, surely an incident that would rattle any driver’s nerves.

A couple of deer-related calls to Central Dispatch were too much for me to sit idly at my desk and just listen to. I had to go see it for myself.

Not too long ago, east of our office on Imlay City Road a deer was struck by an eastbound vehicle, only for the animal to crash through the side window of a westbound minivan. The deer’s dead body exited the rear window of the van. Even seasoned road officers hadn’t seen anything quite like it.

Last February three deer jumped through front windows of a home on Turrill Road in Lapeer Township and caused extensive damage before they were rousted from the house by sheriff’s deputies and Michigan State Police troopers. I was able to snap a photo as the last of the deer exited the back door.

It was awesome! I couldn’t stop talking about it for weeks.

Until next time, I’ll see you around and keep listening for more bizarre and amusing incidents on the scanner. Friends, you can’t make this stuff up.

Jeff Hogan is the editor of The County Press in Lapeer. He can be reached at jhogan@mihomepaper.com.