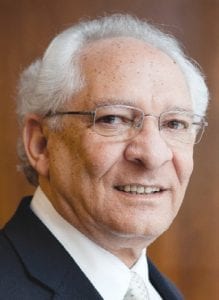 FLINT — After five years of dedicated service to the YWCA of Greater Flint, Paul Newman has announced his intention to resign as Chief Executive Officer (CEO) of the organization.

Newman will continue to serve in the top leadership role while the Board of Directors completes the search process for a new Chief Executive Officer.

Newman joined the YWCA as interim CEO in March of 2008 to lead a turnaround plan for the organization, which involved improving financial and management processes, addressing a maintenance plan for the facility, renewing fund development activities and restructuring the board governance. His success in guiding that process led to his appointment as permanent CEO of the organization in 2010.

In submitting his intent to resign, Newman noted the organization is well positioned to continue to maintain financial, programmatic and operational objectives and has gained significant community and donor support over the past five years. He will retire to enjoy more time with his wife, Jean, their 6 children and 17 grandchildren.

“Paul has exceeded all expectations from the time he came to the YWCA five years ago through the present,” said Laurie Prochazka, president of the YWCA Board of Directors. “He brought the experience and skill set that was greatly needed to strengthen our organization and increase our relevance and outcomes in the community. The YWCA has benefitted greatly from his leadership, and we appreciate his willingness to stay on through our CEO search process.”

Newman is a retired executive with General Motors, serving 30 years with the organization in a variety of management positions. After his retirement, he served three years as interim President and CEO of the Urban League of Flint before joining the YWCA of Greater Flint.

He has held board positions with numerous organizations in the Genesee County region, including current positions on the Genesee Intermediate School District Board of Education and the Mass Transportation Authority.

The YWCA is beginning the formal CEO search process in early August, with intentions to hire a new CEO this fall. More information on the CEO position can be found on the YWCA of Greater Flint website at www.ywcaflint.org. — G.G.