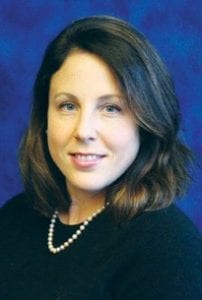 FLINT — Heidi McAra has been named Chief Executive Officer of the YWCA of Greater Fint, according to an announcement by Board President Laurie Prochazka.

McAra’s appointment was effective Dec. 1, and she assumed the role fulltime Jan. 5.

“Heidi brings a comprehensive skill set to the position, along with a passion for the work of the YWCA in empowering women and providing vital community programs related to domestic violence and sexual assault services,” Prochazka said. “She has a strong knowledge of the community and a keen appreciation for the role of collaboration in the nonprofit sector. We are delighted to have her leadership as we set our strategic direction moving into the new year.”

McAra earned her law degree from Emory University School of Law in Atlanta, Ga., in 2003 and moved to the Flint area in 2006. She worked in the field of law for several years before starting her own business, Paw Palace, in 2010. McAra grew her business into two successful locations, honing her abilities in budget and financial management, strategic planning, human resource and facilities management.

She is a member of the Community Foundation Board of Directors, and has served as chairman of Gen Forward Network, on the Capital Campaign Committee at St. Christopher’s Episcopal Church, on the Drive Flint Steering Committee, and as past president and former Vice President of Community for the Junior League of Flint.

McAra and her husband, Craig, have two children and reside in Grand Blanc. — G.G.