We are in this together

MEMO FROM THE PUBLISHER

Even though Governor Gretchen Whitmer’s “Stay Home, Stay Safe” executive order issued on Monday directing the temporary closure of noncritical businesses in Michigan was anticipated by most business owners and managers, it still landed like a gut punch. Especially for those small and medium-sized businesses that had been holding on to employees, creatively marketing their businesses and assuring customers over […] 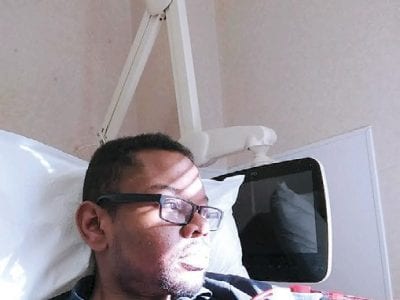 COVID-19 is an unknown factor in organ transplant

GRAND BLANC — March is National Kidney Month, a dedicated time to raise awareness about kidney disease, but this year it’s taking a back seat to the COVID-19 outbreak. Transplant recipients and patients waiting for donors, like 25-yearold Cesante Ward of Grand Blanc, have to be even more careful these days. While the American Society of Transplantation says there is […]

FLINT TWP. — In a letter posted to the Carman-Ainsworth School District website, Superintendent Eddie Kindle said the district will no longer serve “grab and go” meals for students. Kindle cited the governor’s order Monday to “Stay Home, Stay Safe” for all Michigan residents that went into effect March 24 until April 13. “The intent of this Executive Order is […] 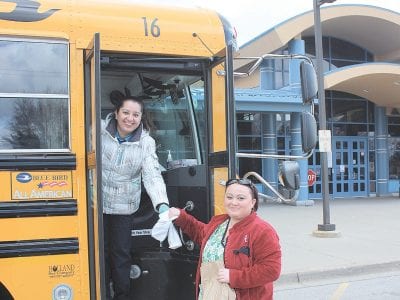 FLINT TWP. — With the announcement last week by Gov. Gretchen Whitmer that all K-12 schools in Michigan will be closed through April 5, Carman-Ainsworth Community Schools are providing free “grab and go” breakfast and lunch meals for all students during the state-ordered shutdown. Beginning March 17, look for Carman- Ainsworth School Buses parked in the following locations, Monday through […]

C-A student exposed to COVID-19 prior to state shutdown

FLINT TWP. — The day Gov. Gretchen Whitmer ordered Michigan K-12 school to close for two weeks, Carman-Ainsworth schools were closely monitoring a situation in which a middle school student may have been exposed to the virus. Carman-Ainsworth Community Schools reported March 12 they had been approached by a Carman- Ainsworth parent who brought forward information that on March 7, […]

Genesee County officials give update on operations during crisis

GENESEE COUNTY — While many county offices are closed and personnel have been sent home, some offices remain open for business amid COVID-19 virus crisis. Officials from various Genesee County offices gave an update Monday about whether or not their departments were open for business and how they were serving the public during the pandemic shutdown. Genesee County Prosecutor David […] 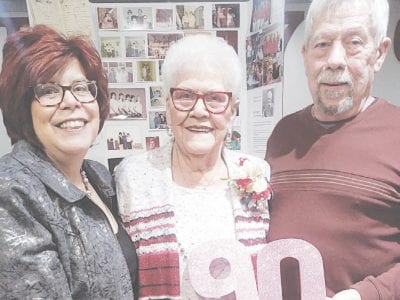 FLINT TWP. — Sally Szigety has been helping veterans and supporting veteran programs for more than 50 years. On Saturday, March 7, more than 100 friends and family members gathered at the VFW/ AMVETS Post on Elms Road to wish Szigety a happy 90th birthday and show their appreciation for her years of service. “I couldn’t get over the amount […]

FLINT TWP. — Election inspectors will receive their first wage increase in more than eight years following recent board action. The Board of Trustees adopted a 2020 election inspector wage schedule on March 2 which says chairs/co-chairs are paid $15 per hour; election inspectors, $13 per hour; absentee counting board members, $14 per hour. The rates also apply for any […] 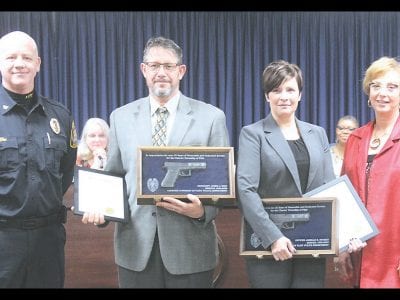 FLINT TWP. — Two Flint Township Police officers, each with 25 years of service, were honored March 2 as they officially left the department to enjoy their retirement. Sgt. James Daly and Ofc. Janelle Stokes were both recognized for their years of service to Flint Township and were presented with proclamations from the Board of Trustees, as well as their […]

Board conflicted over clerk’s department conferences

FLINT TWP. — Clerk Kathy Funk says attending classes and conferences are essential to keeping up with training and certifications in the clerk’s office. But some members of the Board of Trustees say keeping down costs means less travel expenses and fewer conferences. These differences of opinion came to a head at the March 2 township board meeting where classes […]