BURTON — If you are a city water customer, you probably recently received a letter about a failed water test. That test, which happened in February of 2020, just before the start of the pandemic, showed a minimal amount of a chemical used to prevent pipe corrosion found in a water sample taken at Burton Fire Station No. 2. Mayor […]

BURTON — Voters in the city will go to the polls Nov. 2 to decide on three, four-year seats for the city council. Council seats that are up for election this year include those currently held by Vaughn Smith, Danny Wells and Deb Walton. Wells is not seeking re-election and Walton was appointed earlier this year to fill out the […] 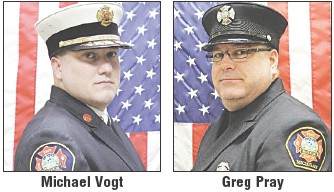 FLINT TWP. — The Carman-Ainsworth Senior Center will be bringing back its annual Health Fair for senior citizens on Oct. 26 from 9:30 a.m. to 12:30 p.m. The Genesee County Health Department will be offering flu shots, and a variety of local healthcare providers and vendors will be on hand to connect seniors with services, community resources and products. Vendors […]

FLINT TWP. — Kings and Queens Senior Courts have been announced for the 2021 Carman-Ainsworth High School Homecoming on Oct. 15. Kings and Queens will be crowned during halftime of tomorrow’s Carman- Ainsworth varsity football game. Homecoming festivities will kick off with a “Sounds of Motown” themed Homecoming Parade at 4:30 p.m. Queens: Ashanti Baxter: Ashanti is being escorted by […]

SWARTZ CREEK — In the 60 some years that Bud Grimes has lived in Swartz Creek, he has watched the city evolve as businesses have come and gone and infrastructure has changed with the times. “Where’s the dime store?” Grimes noted. “Where’s the sporting goods shop, the movie theater? It’s evolution.” As a member of the Swartz Creek Planning Commission, […] 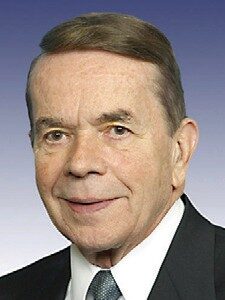 LANSING — Former U.S. Rep. Dale E. Kildee passed away peacefully this morning. Kildee represented Flint and the surrounding areas for over 35 years from 1977 until 2013. Before that, he served as both a state senator and representative. He was an advocate for the rights of working people and the importance of education. He exemplified the fighting spirit of his Flint […]

FLINT – The Genesee District Library will be one of 16 host sites to broadcast the Michigan Library Awards telecast on Facebook.  The awards program will be aired on Wednesday, Oct. 13 at 7 p.m. This annual event is the Michigan library community’s own version of the Academy Awards, the Emmys, the Grammys, and the Tonys. The program will feature entertainment and […] 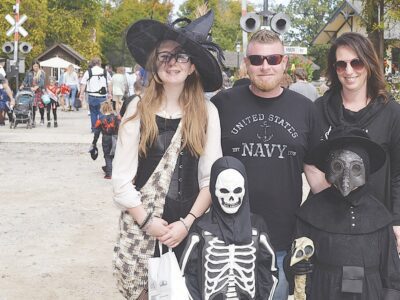 MT. MORRIS TWP. — This Halloween season, Crossroads Village is once again providing area families with a frightfully fun destination for trick-or-treating. Halloween Ghosts & Goodies, Crossroads’ annual autumn tradition, kicked off with a spectacular debut on Oct. 2 and will continue Oct. 8-10, 15-17, 22-24 and 27-31. Throughout the month, visitors will find treats and tricks, cider and donuts […]