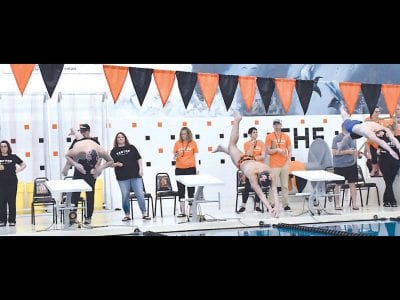 FENTON – The Carman-Ainsworth boys’ swim and dive team finished ninth with a 52 at the Genesee County Meet at Fenton last Thursday, Friday and Saturday. The diving preliminaries were on Thursday, the swim prelims were on Friday and only the top 16 in each event moved on to Saturday’s finals. Fenton was first with a 526, Grand Blanc second […] 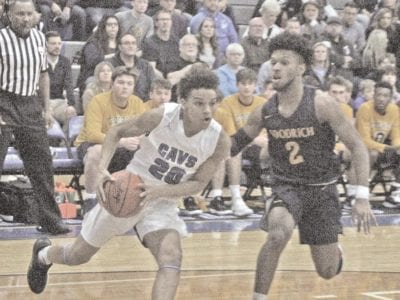 FLINT – The Carman-Ainsworth boys’ basketball team defeated Goodrich 61-58 in Tuesday night’s overtime thriller, as the Cavaliers handed the Martians their first loss of the season. Goodrich had a shot to send the game into double overtime, but Carman-Ainsworth’s Mehki Ellison blocked the Martians’ final three-point attempt at the buzzer. “We just knew we couldn’t give them any threes,” […] 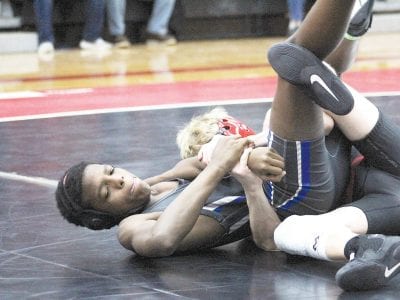 FLINT TWP. – The Carman- Ainsworth wrestling team competed in a tri-meet against Lake Odessa Lakewood and Fowlerville last Wednesday, losing 63-9 to Lakewood and 78-6 to Fowlerville. Against Lakewood, Jabril Muhammad, at 103 lbs., won his match by a 7-6 decision. At 130, Larry Brown won by 12-10 decision and at 135, Sonny Morgan won by 9-3 decision. Isaiah […]

KINGSTON, Ont. – Both squads put up huge numbers in the Flint Firebirds’ 8-5 victory at the Kingston Frontenacs on Sunday afternoon. Riley McCourt’s power-play goal got Flint on the board first, which Jake Durham followed up moments later to take a 2-0 lead heading into the first intermission. However, things changed rather drastically from there. Kingston went on to […] 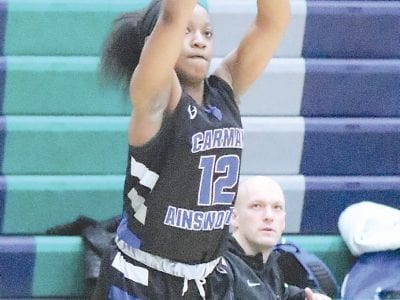 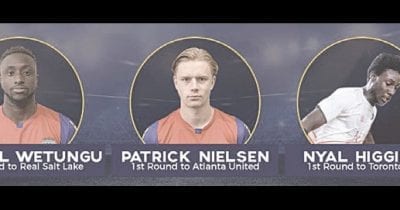 FLINT — The Flint City Bucks is the only club in history to have at least one player signed or drafted in every Major League Soccer (MLS) SuperDraft to date. The MLS SuperDraft is a four round exercise where the very best NCAA players are selected. On January 9, MLS held the first two rounds of the SuperDraft. Players drafted […]

FLINT – The Flushing-Swartz Creek- Goodrich co-op hockey team, better known as the Pride, saw three more losses go into the books after losing to Clinton Twp. Chippewa Valley 9-0 Saturday on the heels of a 6-0 loss to East Lansing Saturday. Last Wednesday, the Pride scored a goal in the 10-1 loss to Fenton-Linden. Despite the losses, coach Ben […] 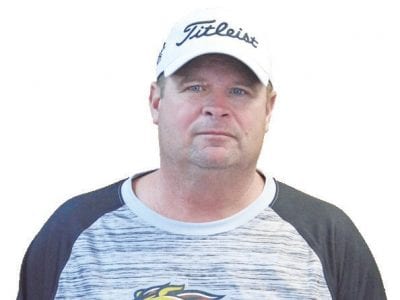 Table’s been set for Super Bowl

The Super Bowl will be an instant classic. Those are my first thoughts on the Chiefs and 49ers match-up. The boys of Vegas have the Chiefs as one-point favorites and the total is set at 54 points. How did we arrive at this match-up? The AFC Championship game was the Cinderella story with sixth-seeded Tennessee coming into Kansas City as […] 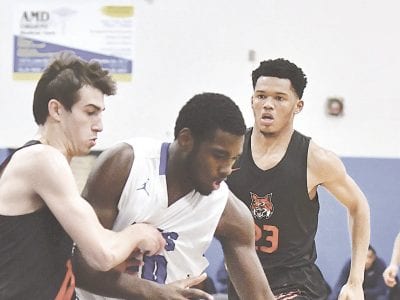 SAGINAW – The Carman-Ainsworth boys’ basketball team held on to defeat Saginaw Heritage 66-63 on Tuesday night. The Cavaliers led 53-41 heading into the fourth quarter, but Heritage finished the game on a 22-13 run. Jayden Nunn scored nine of his teamhigh 20 points in the fourth quarter, including seven free throws on nine attempts, to close out the Hawks […]