Cross Country They may have been divided into small schools and large schools, but the area cross country teams all followed the same mantra at the Greater Flint Championships last week at Swartz Creek — run as fast as you can. Area high school kids were put to the test at Dutch Hollow golf course last Thursday, with many of […]

STATEWIDE — Michigan voters will have one more ballot issue, this one coming around once every 16 years, to cast a vote for or against during an already hectic Nov. 2 gubernatorial election. Voters will have a choice to either accept or reject a Constitutional Convention through Proposal 10-1, which states “Shall a convention of elected delegates be convened in […] 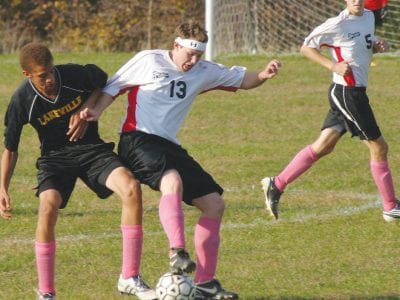 DRYDEN — The Genesee Area Conference soccer tournament entered the semifinal stage Wednesday, with defending champion Goodrich still in the running for another title. The Martians drew a first-round bye for Monday’s games by virtue of their first-place finish in the league standings at 6-0. They took on Birch Run in a nonleague game and won, 1-0, to extend their […]

SWARTZ CREEK — Swartz Creek Community Schools Supt. Jeff Pratt has asked GenNET to send an itemized list of its inventory in the district to his office while the Board of Education weighs its decision to stay or leave the GenNET Consortium. At the board’s Oct. 7 meeting, Pratt said he had received an e-mail from the Genesee Intermediate School […] 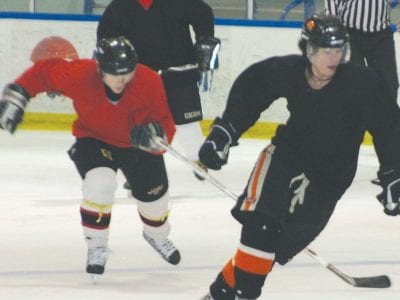 LAPEER — From Oct. 8-10 the Polar Palace Arena Complex, 3301 Davison Rd., gave the area a taste of its very own brand of professional hockey in the form of the first annual Lapeer Loggers’ training camp, a three-day extravaganza spread out over several different time periods to allow the public maximum access to the speed and strength that comes […]