STATEWIDE — Residents across Genesee County and the rest of Michigan will have the option of accepting or declining a proposed Constitutional amendment to bar certain felons out of office and some jobs during the Nov. 2 gubernatorial election. Proposal 10-2’s ballot language would “Make a person ineligible for election or appointment to any state or local elective office or […] 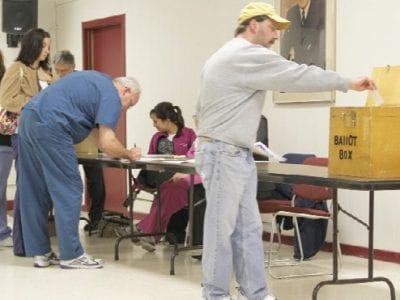 2nd Annual Shake Your Mailbox Day is set for Oct. 23


GENESEE COUNTY — As we relish the brilliant hues of fall, the Genesee County Road Commission, in cooperation with the County Road Association of Michigan and the U.S. Postal Service, is asking residents to shake their mailbox in preparation for the next seasonal color, white. Gov. Jennifer Granholm has proclaimed Oct. 23 the 2nd Annual Shake Your Mailbox Day in […]