51st Annual Motorcycle Races at Perani FLINT — On Dec. 4, the 51st Annual Indoor Motorcycle Ice Races, hosted by the Flint Motorcycle Club, roars into Perani Arena and Event Center. Since the races inception, all proceeds from the event have benefited Big Brothers Big Sisters of Greater Flint. This has been a lasting partnership combining the love of motorcycles […] 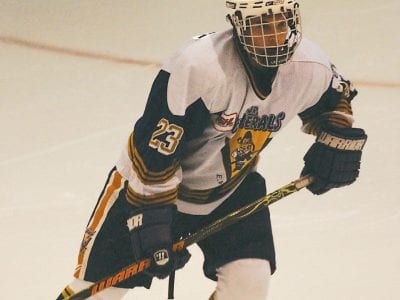 GAINES — The Flint Junior Generals saw their four-game winning streak snapped last weekend with a pair off losses to the Peoria Mustangs, 3-1, on Saturday and 5-1 Sunday, at Iceland Arena. The Generals had scored 30 goals during their longest win streak of the season, but were stymied by the Mustangs, despite getting 54 shots against goalie Samuel Hingtgen […]