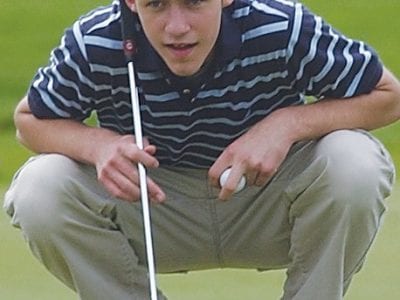 BAY CITY — Carman-Ainsworth capped its golf season on a high note last Friday, as Tony Mattar squeezed into one of the last qualifying berths for the regional tournament. The Cavaliers’ senior shot 85 in the Div. 1 district at Bay City Country Club to finish in a four-way tie for the fourth individual qualifying spot. Only the top six […]


Eyeglass business robbed FLINT TWP. — Police responding to an alarm in the 5000 block of Bristol Road at about 8:30 p.m. on May 27 arrived to find that the back door had been pried open. A keyholder arrived on the scene and reported that the cash box had been taken containing an undetermined amount of money. Several pairs of […]