GENESEE COUNTY — One of the most respected and experienced soccer training organizations in the United States, Midwest Soccer Academy, will be running their highly popular Soccer training camps in Genesee County at the Genesee Fieldhouse and Linden High School. The camps will be held at Genesee Fieldhouse, July 11-15 for players: U8-U18 $129 from 9 a.m.- noon and Linden […] 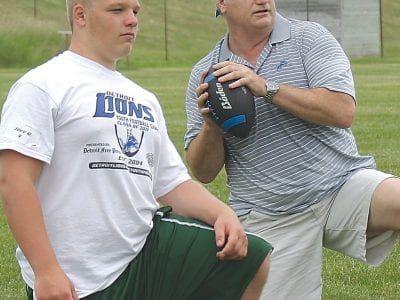 GRAND BLANC — Eric Hipple seemed to be having as much fun as the kids Tuesday in the Detroit Lions Youth Football Camp at Grand Blanc High. The former Lions quarterback laughed with them, cheered them, ran alongside them, played catch and generally fired up the spirit of the occasion. “Well, first of all, football’s fun,” said Hipple, Detroit’s top […]