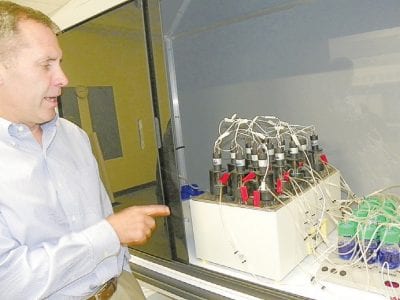 FLINT TWP. — “Green’’ energy pioneer Flint Biogas Plant is making expansion plans that include reclaiming truckloads of food waste. Located at the Flint Waste Water Treatment Plant (WWTP) off Beecher and Linden roads, it is the first and only plant of its kind in the United States that converts human waste into energy. One year ago, Swedish Biogas International […]

With the beginning of fall sports practice comes hope, optimism and high expectations for all that are involved. Every team begins the season 0-0 and has their eyes set on the playoffs. A lucky break here or an injury there can make or break a team’s season in the blink of an eye. The beginning of practice also means those […]


King Par LLC would like to thank everyone who contributed and participated in the 2011 King Par Classic! The event was a resounding success in its first year, raising over $32,000 for the worthy beneficiary, Whaley Children’s Center. Held at magnificent Warwick Hills Golf & Country Club, the golf scramble was kicked off with a military color guard and beautifully […]

FLINT TWP. —  Negotiations are underway to resolve a problem that halted construction last week on a portion of the 2.69-mile Genesee Valley Trail.   Claiming financial hardship, Muffler Man at 3455 Corunna Rd. filed a lawsuit on August 2 to prevent construction of the recreational path from taking away a portion of its parking lot. The portion in question […] 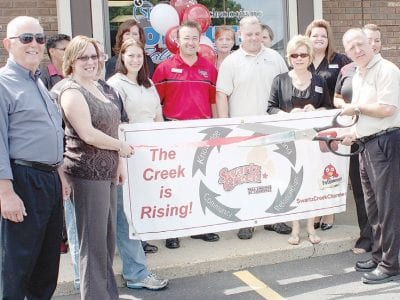 
FLINT TWP. — HealthPlus of Michigan, with an established statewide PPO and serving more than 210,000 members in Michigan, has expanded its commercial HMO service area with the addition of Washtenaw County and Wayne County in its entirety. The expansion increases HealthPlus’ HMO coverage to 21 counties in Michigan. The HealthPlus network of health care providers includes Trinity Health’s St. […]

Michigan businesses to benefit from decrease in worker’s comp rates 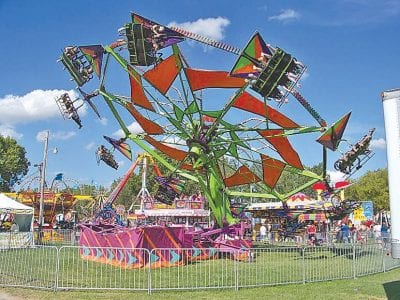 County event to feature rodeo, sheep shearing and a squirrel on water skis

BURTON — While ribbon-winning vegetables spend their last days ripening in the sun and midway rides are loaded on flatbeds for a slow trek toward Michigan, the 162nd Genesee County Fair is already armed with a packed schedule Aug. 15-21. Check it out In addition to the quintessential rodeo, this year’s new attractions will include Twiggy the water skiing squirrel […]


FLINT — The next meeting of the Kidney Cancer Educational Support Group will take place Sept. 13, from 1:30-3:30 p.m. at Genesys Hurley Cancer Institute, 302 Kensington Ave, Flint. (off Robt. T. Longway Blvd.-Between I-475 & Dort Hwy). Speaker: Simona Seiderman LMSW,DCSW,BCD, social worker. Topic: “The Emotional Rollercoaster of RCC for the Patient and Family.” Meeting is open to the […]


GENESEE COUNTY — In anticipation of high demand for vaccinations due to immunization requirements for school entry, the Genesee County Health Department strongly recommends parents contact their child’s health care provider immediately to ensure that your child is up to date on his or her immunizations before school begins. Children in kindergarten, 6th grade, and those entering a new school […]