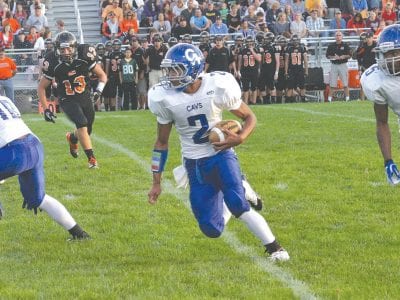 FLUSHING — Carman-Ainsworth played defense like it was on a mission last Friday. Apparently, the Cavaliers were on a mission. Coach Nate Williams wouldn’t reveal the details, but Carman was extra motivated in its Big Nine Conference football opener against Flushing, and it showed in a 21-0 victory over the Raiders. The Cavs improved to 1-2 overall. “The defense was […]