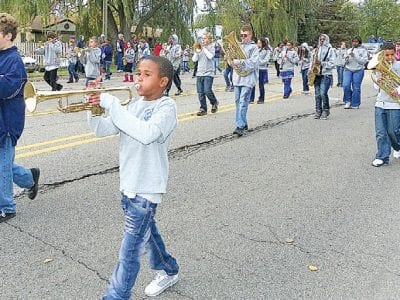 Homecoming parade goes off without a hitch

FLINT TWP. — Kylie Schneider and Jalen Walker captured the crowns for Homecoming Queen and King to cap off a chilly ride in an open convertible in the traditional Carman- Ainsworth Homecoming parade before Friday’s football game. Temperatures hovered around 55 with brisk winds and the sun peeking in and out of the clouds but forecasted rain held off while […]


Mott Foundation makes grant to bridge funding gap GENESEE COUNTY — In an effort to help maintain and strengthen Michigan’s largest county parks system, the Charles Stewart Mott Foundation has made a $1.56-million grant to the Genesee County Parks and Recreation Commission. The support comes as shrinking property taxes and other declining revenue have left the county, including its parks, […]

Made in Michigan Film Festival coming to Lapeer


LAPEER — On Oct. 21-22, film industry professionals and festival-goers from across the state will converge on Downtown Lapeer at the historic, recently renovated PIX Theater for the 4th Annual Made-In-Michigan Film Festival (MiMFF). Presented by the Made-In-Michigan Film Society and The Lapeer County Film Office, this year’s event promises to be the biggest and most exciting yet. This 2-day […]