McLaren Breast Program approved by the NAPBC FLINT — The McLaren Flint Breast Program, which encompasses McLaren Imaging Center and the McLaren Cancer Institute, has been granted a three-year/full accreditation designation by the National Accreditation Program for Breast Centers (NAPBC), a program administered by the American College of Surgeons. During the survey process, McLaren met all of the standards established […] 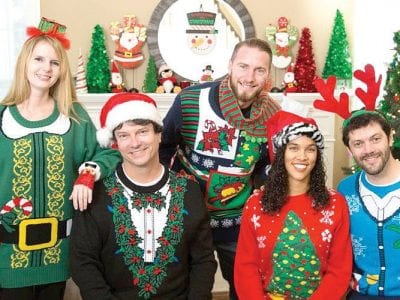 This tradition is revived and kicking

FLINT TWP. — Things were expected to get pretty ugly this week at the township’s second annual Unofficial Employee Christmas Merrymaking Party. But it’s all in good fun. Guests (employees, retirees and significant others) were asked to wear their best “merrymaking shirt or sweater.” In other words, the Ugly Sweater Party trend is alive and well in Flint Township. For […]