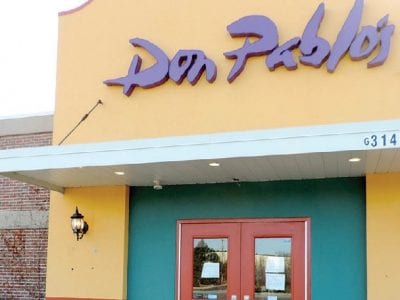 FLINT TWP. — Within five minutes on Sunday, a steady trickle of cars entered the empty parking lot at Don Pablos restaurant off Miller Road, then made a slow u-turn to leave. Either they were unaware of the bad news or seeing for themselves that the long-time Mexican restaurant at 3145 Miller Road has permanently closed. There was no fire […]


FLINT TWP. — Signs by Crannie has begun the move to its new building at 4145 Market Place – 30 years after the business was started. The recently renovated 52,000 square foot building, across from Bishop Airport, represents the continued expansion of the company started in April 1985 by Dan Crannie, owner and founder, whose business outgrew its previous three […]